Dramatic indecision is at the heart of this marimba, pizzicato string based piece. A feeling of resignation to an unfolding reality is also palpable. The rest of the arrangement consists of vibraphone, acoustic bass, drums, claps, and shaker. Great cue for drama or comedy themes. [Tempo: Medium / 109 BPM]

Imagine a trip on the Tokyo Subway at night... People watching, studying all the richly varied human specimens that pass in front of you, all traveling along their own paths to fulfill their own destinies. This hypnotic and spacey electronic track contains synths, bass ,strings and drum units. [Tempo: Medium, Fast / 120 BPM]

Mid-tempo, rich and lush ambient electronica with a downtempo electronica beat and a deep bass groove. This is a pretty long track at over 8 minutes featuring varied parts throughout. Somewhat magical, floaty and 'otherworldly'. Could be good for ice caps, space flight, space imagery, underwater footage, flying / traveling, technology and science, visual presentations of many types. [Tempo: Medium / 120 BPM]

This is a very cool, modern underscore for realty TV, episodic television, and film scenes that need light, sparse tension that feels a bit sneaky and probing. The action in the scene would be one where dialogue is getting a bit tense or the actors are plotting their next mischievous move. It's light, sneaky and slightly playful at the same time. [Tempo: Slow, Medium / 130 BPM]

A track reminiscent in sound and style to Lemony Snickett's "A Series of Unfortunate Events" by Danny Elfman. Strange and unusual sounding mandolin creates an ominous mood that is kept warm and friendly by other instruments including harp, bass guitar, stomping and clapping, celesta and strings. [Tempo: Medium / 130 BPM]

Harp clock ostinato combined with Piano and some inspiring elements. Suited for thinking and developing subjects, preparing a plan or hatching an idea. Longing for something with a hopeful vibe, emotional and determined. [Tempo: Slow, Medium / 70 BPM]

Melodic electro-rock track with elements of Science Fiction soundtrack work, progressive rock and ambient electronica. Guitar leads, epic pads, analogue synth sequences. Among many other features are a long, floating and building intro, and an guitar solo reminescent of Alan Holdsworth or Alex Lifeson (Rush) midway through. A unique track, hard to describe, but perhaps as a more rock-influenced Tangerine Dream or a more powerful Vangelis? We recommend you listen to the entire full length preview. [Tempo: Medium / 110 BPM]

Very atmospheric, haunting and other-worldly abstract electronic track. Has a cinematic Roger Waters/Floyd type vibe to it with little synth parts & noises coming in and out throughout it's progress.Truly spaced-out. [Tempo: Very slow / 65 BPM]

A light orchestral track featuring pizzicato strings and low clarinet. Sneaking around comes to mind, as does the somewhat clich 'up to no good' feeling, or 'clumsy oaf' vibe, but with a light and cheeky feel. [Tempo: Slow / 108 BPM]

An epic and magical orchestral cue with a sense of supernatural phenomenon and a Middle-Eastern flavor, underscoring anything from an intense journey to a miracle of God. Perfect for Bible-period films and epic fantasy films. [Tempo: Slow, Medium]

Nervous soundtrack underscore for a classic western style duel. A mysterious lone ranger rides into town, will there be another shootout at the OK Corral? Interspersed with occasional mexican flavors. [Tempo: Slow / 70 BPM]

One in a series of 10 eerie and mystical short cues, where Sci Fi meets Horror meets Dark Fantasy. Deep, disturbing, nightmarish sounds that curl, twist and attack the unsuspecting listener with razor-like precision. These short music cues are modern and visceral, eerie and cold, in the style of modern TV series and films. To find the other 9 pieces in this series, search 'Dream Valley 10 Horror Cues'. [Tempo: Slow, Medium]

A light, mysterious and easy track made with percussion, in a style and sound similar to Thomas Newman. Will work well for scenes of the passing of time, or a story developing, progressing. [Tempo: Slow, Medium / 110 BPM]

This is a cool grooving, lounge, yet cinematic score that resembles what you may hear in a modern James Bond film. The vibe is suave and sophisticated and provides an ambient , chill out flavor for any scene or commercial that needs a hip and sexy energy. Features beautiful strings and a driving downtempo beat. [Tempo: Slow / 90 BPM]

A pensive and introspective track with a sense of mystery and drama. A process being worked through, thoughts, motion. Perhaps intrigue or story development. [Tempo: Medium / 128 BPM]

A gong hit and a cliché shakuhachi phrase. That's it! If you don't know what a shakuhachi is, just listen to the track and you will remember the classic Japanese flute extensively used in stereotyped Kung Fu films. [Tempo: Very slow]

Full track (0:11)
Play Soul In The City
By Stuart Moore

Drone, tribal drums, shakers / rattles and wood flute in an earthy / earth / tribal track. Mystic, genuine, organic. Can be Native American, middle eastern / desert, south american / central america or other indigenous, aboriginal, tribe, primal. Also available in two sub-mixes: One with only the flute by itself, and one without the flute, leaving only the drone and windchimes; great for media underscore use. Mysticism / mystical / ancient / cultural / historical / world heritage. [Tempo: Very slow, Slow]

Suspenseful piano track. A chord is repeated many times with variations and a large room sound. This music will be good for mystery, suspense, spy, dramatic scenes. [Tempo: Very slow] 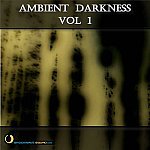 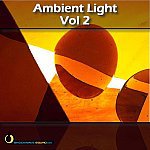 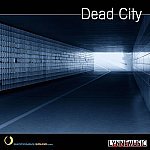 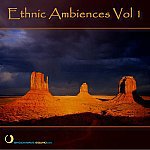 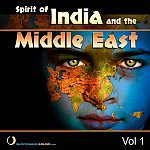 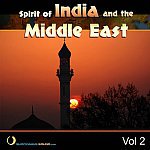 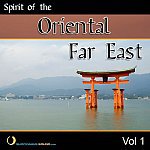 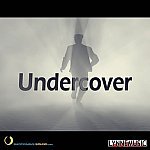