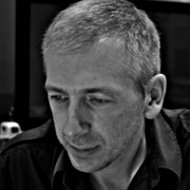 Peter Cavallo is an Australian born musician and composer who started out his career building his own recording studio and then turning to freelance producing. He has been involved in all types of media from Television, working as a producer for a National Australian Network to composer of films, documentaries and commercial projects.

He has won two Instrumental Album awards for outstanding production and has worked with some of Australia’s best musicians. His ability to infuse emotionally charged melodies into a variety of styles has captured the heart of listeners world wide.