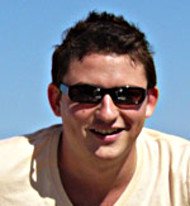 Once his tea-making skills were honed, John went to work for the Boiler House boys in Chelsea. There he worked with several artists, including Shazney Lewis, Harmar Superstar and Joss Stone. John also worked on films including the Calcium Kid (Orlando Bloom) and Trauma (Colin Firth).

Since leaving the Boiler House, John set up 1underproductions. John is able to compose in many different styles and can write to specific briefs.