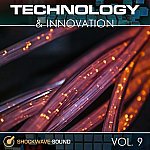 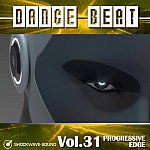 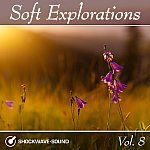 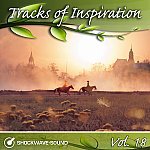 You can only find at Shockwave-Sound.com

MUSIC FROM EVERY CORNER OF THE WORLD World Music

Every track individually vetted and considered

Bringing new life to your productions

ROYALTY FREE MUSIC Use for any media productions

20 YEARS OF SERVICE TO CUSTOMERS Since April 2000

You can only find at Shockwave-Sound.com

MUSIC FROM EVERY CORNER OF THE WORLD World Music

Every track individually vetted and considered

Bringing new life to your productions

ROYALTY FREE MUSIC Use for any media productions

We’ve compiled a summary of the most purchased royalty free music in 2021 from our music library – Shockwave-Sound.com 1. Christmas Bells Are Coming Inspirational Christmas music with a touch of magic […]

Today we are happy to announce the release of our brand new royalty-free music album: Technology & Innovation, Vol. 9. This is an album of 11 new tracks, curated and picked out for their suitability as […]

We look at "stem files", what they are and how you can work with stem files to make the music more custom-fitted to your media project.

In this article, I explain exactly what temp music is and the role it plays in everything from a low budget short films to a major Hollywood feature.

An in-depth look at artificial motor / engine roaring sounds (fake engine noises) installed in, or added to, some modern cars.

Thank you so much for the quick response. I appreciate your customer service. I just want you to know that I use your music almost exclusively for my productions and I have always been able to find excellent pieces that fit the content of the videos perfectly. Keep up the great work.

Based in California, Abbas Premjee completed a Bachelors degree in Music theory and composition from Loyola Marymount University, and then a Masters degree in Classical Guitar from SMU. His music covers all genres from Rock and Jazz to Classical and World, and has been featured in commercials for Coca Cola, Google and Microsoft as well as films, and TV shows, including Top Gear (BBC), Undercover Boss (CBS), Inside Story (CNN), The Voice and Saturday Night Live (NBC). Abbas is fluent in many instruments including the Mohan Veena, a traditional slide guitar from India.