Royalties and performance rights – a “must read” if you use music on hold March 14, 2009 Bjorn Lynne 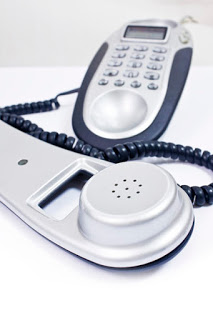 Before you use music in public, there are some things about music copyright and performance rights that you need to understand. This article is meant to give a simple, clear overview of the issues involved in this process.

Most composers are members of the “performance affiliation” for their country. These are sometimes referred to as “performance organization” or “royalty affiliation”. Each country has such an organization. In USA they are called ASCAP or BMI. In the UK they are called PRS. In Sweden STIM, in Germany GEMA… and so on. These organizations all exchange information and work together, so that a composer who is a member of ASCAP in USA is automatically represented by GEMA in Germany, by STIM in Sweden, by PRS in the UK, and so on.

In order for any company to publicly perform music by these organized composers, it must have a license from their country’s performance affiliation. If you are a shop owner in Germany and you want to play music by an American composer so that your customers can hear it, you need a license from the German performance affiliation, GEMA. GEMA will collect the license money from you, and through a longwinded system, distribute a part of the money to the millions of composers who are members of these organizations.

The price for this license is not calculated “per play” or “per song”. It is a set annual fee. Once you have your license arranged, you can play as much or as little music as you want. The amount you have to pay depends on the number of people who can hear the music when you play it. For example, a national TV broadcasting company pays an annual fee that is much, much higher than a dentist who uses music in his waiting room.

But what happened to “royalty free”?

Okay, so you want to play music in public, and you want to avoid having to pay the annual license fee to your country’s performance affiliation. You seek out some “royalty-free music”, and want to play it on your telephone on-hold system or in your shop, or wherever other people can hear it. But here is where it starts to get complicated: Music that you have purchased as “royalty free music” is usually NOT free from the need to have a license from your country’s performance organization.

Most music offered up as “royalty free music” was composed by composers who are members of a performance affiliation. The music is offered to you as “royalty free” because, frankly, it is assumed that every company that publicly performs music already has the annual license in order — in which case it makes no difference, and causes no extra costs, that the composer is a member of his affiliation. Of course, it matters to the composer, because he will then get a tiny fraction of the money that you have already paid in your annual license fee.

So in what way is it then royalty-free? Well, in the traditional way, before “royalty-free” was an option, you would have to pay a royalty to the composer, producer, or company that licensed the music to you, in addition to your annual license fee to the performance organization. The composer would get a small sum directly from you for each time you used his music and he would also get a tiny fraction of your annual license fee, after it has gone through the performance affiliation. When some composers started offering their music as “royalty-free”, the idea was that: “You pay me this one-time sum for my music, you can then use it as much as you want without paying me any royalties…”. This, however, doesn’t mean that you don’t have to pay an annual license fee to your country’s performance affiliation.

You can’t really blame the composer for this. His assumption is that you also use other music — in which case you already have your annual license from your country’s performance affiliation, and he is then right to say that there are no royalties to pay on his music.

Another thing to consider is that often, the producer of a product is a different company from the one that ends up broadcasting it, or performing it in public. The most typical example is a TV-program. One company produces the program. If they use “royalty-free music”, they do not ever pay any royalties. They don’t publicly perform or broadcast the program, so they don’t need an annual license either. Another company, a broadcasting company, broadcasts the program. They already have their annual license fee in order, so the music doesn’t cause them any royalties to pay, either. In this highly typical case, the music caused no new royalties to pay by anybody, and as such, it is fair to call it “royalty free”. If the music obtained was not royalty-free, the producer would have to pay the composer a royalty for each time his music was used. 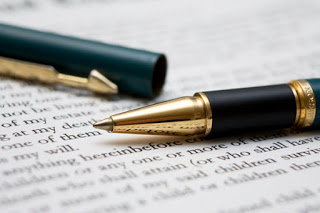 So how can I get completely royalty-free music?

If you are searching for music to use in public, on telephone on-hold, in your shop, on your radio station or wherever other people can hear the music, and you want to avoid having to pay the annual license fee to your country’s performance affiliation, you need to seek out music composed by composers who are not a member of any such organization. At Shockwave-Sound.com we call these “Non-PRO composers” and their music “Non-PRO Tracks”. Note that “PRO” in this case does not stand for “Professional”, but for “Performing Rights Organization”.

When browsing the music at Shockwave-Sound.com, take note of the option displayed to you at the top of all track listings: Display “PRO and Non-PRO Tracks”, or “Non-PRO Tracks Only”. If you select the latter, all tracks that were composed by composers who are members of performing rights organizations are removed from the list. You are left with a much smaller list of music tracks, that are all “Non-PRO Tracks”. These tracks are completely royalty-free. You can broadcast them and play them in public as much as you want, without paying any fees to any royalties collections agencies.