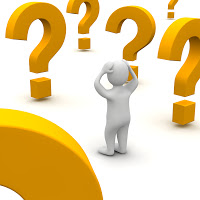 We recently got this question from a confused customer who didn’t quite understand the role of performing rights organizations / royalty collection societies, and how it applies to stock music / royalty-free music. I ended up writing a lengthy answer to her, which I felt could be of use or interest to other customers too, so I turned it into this blog article.

This particular customer is in Italy, so her local collection society is SIAE, but the same applies in other countries. For example, if you’re in the UK, the performing rights society is PRS and if you’re in Germany, they are GEMA. But pretty much, the same principles apply.

Many of you will have noticed that whilst you search or browse for music on our site, you always have the option to “Display PRO and Non-PRO Tracks”, or “Display Non-PRO Tracks only”. But what really is the difference, and when / how / why does it matter?

In a music track there are three “rights”, three different parts of the copyright:

Or maybe you are going to make a film about your local city and make
1,000 DVD’s of that film. And you want to use our music in your film. Then
you need the Sync- rights (to put our music in your film) and you need
the Mechanical rights (to manufacture DVD’s that contain the film that
contains our music). But you don’t need the Performing rights, because
you have no plans to broadcast this music on TV or Radio, or to play the
film in a public place such as a restaurant etc.

If you need the Performing Rights to a track, and that track is “Non-PRO”, then simply buy the track from our site. With the Non-PRO tracks you are buying all three rights from us.

If you need the Performing Rights to a track and that track is “PRO”, then you have to buy that right from the performing rights society in your country. From our site you can buy only the two other rights; the Sync rights and the Mechanical rights.

As it turns out, the vast majority of our customers do not need the performing rights. They only need the Sync- and or Mechanical rights. And if that’s the case, it doesn’t matter if you choose “PRO” or “Non-PRO” tracks. Many royalty-free music websites don’t even tell you which tracks are PRO and which are Non-PRO, because they figure it is so unlikely that you actually need the Performing Rights, that they don’t want to confuse you with PRO vs Non-PRO music.

On our website you can choose to browse only Non-PRO tracks if you like. As you Search or Browse for music tracks on our website, take a note of the options: “Display PRO and Non-PRO Tracks” / “Display Non-PRO Tracks only” options on top of the list of tracks.

I hope this has been helpful.