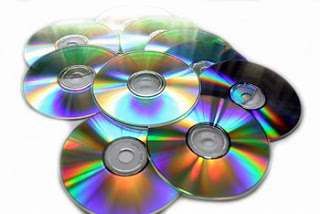 As I’m writing this article, my target audience is composers / musicians who would like to get into the business of writing music for stock music / production music, and who does not yet fully understand the way in which the administration of your Mechanical Rights through an organization such as GEMA, MCPS, STEMRA etc. basically prevents you from being able to sell / license your music as stock music.

First of all, what are Mechanical Rights administration organizations?

Many composers, at one time or another, decides to join one or more societies or organizations that help them to police and administer their rights as a composer. Such organizations include ASCAP, BMI, SESAC, PRS, MCPS, GEMA, SIAE, BUMA/STEMRA, TONO, APRA and many others.

Then there are some organizations that administer both Performing Rights and Mechanical Rights.

When a stock music site / production music library sells a track to a customer, they sell a license which allows the customer to put the music in a film/game, and then to go ahead and make physical copies of this film/game. For example, at Shockwave-Sound.com when you buy the Standard License for a track, you may put the music to a film/game and then manufacture up to 5,000 copies of that product. For more than 5,000 copies, you need the Extended License. Most other stock music sites operate with something similar, although perhaps slightly different license configurations. The stock music site sells a license to the customer, which includes mechanical reproduction rights.

To sum up, if you are a member of an organization that administers your Mechanical Rights, you cannot have your music sold as stock music / production music from Shockwave-Sound.com or from other stock music sites. Any company that sells your track to a customer and thereby allows that customer to manufacture physical copies of your music, is doing so in violation of the exclusive Mechnical Rights administration that you have assigned to the Mechanical Rights organization when you signed the contract with them.

One day I got a telephone call from an Italian customer. She had licensed my music track from my website, used it in a film, had the film put to DVD, manufactured 10,000 copies of that film in a professional DVD pressing plant, and a few weeks later she received a huge invoice from SIAE, the Italian organization who looks after both Performing Rights and Mechanical Rights in Italy. The bill she got was for Mechanical Reproduction Rights for 10,000 copies of my music, and the bill was many times larger than the amount that she had paid me to license the music from my stock music site.

It was this episode that really made me sit up and force myself to learn about these different rights and organizations, and how they affected my ability to license my music as stock music. After a bit of to and from, I believe I managed to talk MCPS into letting the client off the hook so she didn’t have to pay after I explained the whole thing as a misunderstanding to MCPS and SIAE, the Italian rights collections society.

I ended up quitting my MCPS membership but remaining a member PRS. Since then, I’ve had no problem. Since terminating my contract with MCPS, there is no longer any organization that has the exclusive administration of my Mechanical Rights.

If you have specific and confirmed information about similar situations with the organizations in other countries than the ones I have mentioned above, please feel free to comment below. If it’s good info, I will include it here in the main article too.