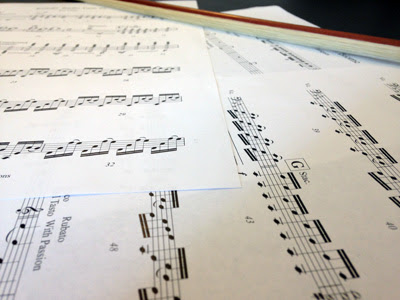 *First and foremost, while this may be potentially applicable across various freelance disciplines, I’d like to mention that this article is being written from the perspective of a Composer who mainly works in the Game Industry (with some additional experience in the Production Music world). Furthermore, it’s always recommended to hire legal help from an attorney with experience in your specific field of work.

We’ve all been here before, many (or dare I say “most”) of us dealing with this situation more often than we’d like. The people involved are great, the project is inspiring, but that budget… oh those numbers just don’t add up right. It’s true that most of us would prefer to keep the “creative hat” on and delegate the “business hat” to a manager or attorney. While it’s always wise to hire someone knowledgeable in the inner workings of legalese and contract construction, negotiations may cease before you even get to that point.

So in situations where the Company/Developer/Producer doesn’t have a large enough budget to cover the “standard” fees and terms of an Agreement, it’s essential that you facilitate creative negotiations that’ll be beneficial to each party. Agreeing on something that quells their budgetary concerns, while maximizing your potential benefits.

Here are a few ideas that may help you maximize the benefits in your Agreements.

I. License Your Music

The game industry has a reputation for wanting to own everything they possibly can and it’s understandable as to why, because the legal side evolved from software. It’s easier to just pay more money upfront to own something than have to deal with potential legal problems down the road. However, royalties don’t exist at the moment for Game Composers and we’re very much use to that from the Film and Television world. So how do we potentially bridge the gap?

One idea is to License the music you create so that the developer can use it in their game, but you have the option of selling or using it elsewhere after the game has shipped. There are many talking points involved in a Licensing Agreement and all of these can be negotiated. For example, what will this initial License cover?

Will it only cover usage of the composition for the game on one platform, how about any trailers or promotional videos, DLC or sequels? All of these points are negotiable and will allow you to define a License coverage (and re-licensing fees) that both parties can feel comfortable with. 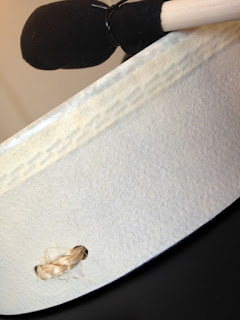 Another idea, in addition to or replacement of a Licensing Agreement, is to retain all of the revenue from sales of the Soundtrack. If the developer doesn’t have a large enough budget to pay many of the standard fees upfront, then it may be possible to recoup (or possibly exceed) some of that monetary risk later down the line with Soundtrack sales.

Even if you’re working under a WFH Agreement I would urge you to try and hold onto as much of the soundtrack revenue as possible. It may be nearly impossible with larger companies, but smaller studios may be open to the idea. Especially if you take care of everything (perhaps using something like CD Baby) and report monthly with sales data. Eventually sending them a quarterly check based off the percentages you negotiated.

In addition to separate sales of the Soundtrack, it may be possible to negotiate a potential “Bundle” package that includes both the game and soundtrack. Usually the Soundtrack and Game are offered at a discounted rate, but the lower price tends to make up for itself in a higher number of sales. The thought behind this strategy is that a decent percentage of gamers may not ever think to buy the soundtrack separately from the game (unless they really love the music). However, if it’s offered for only a few dollars more in a bundle, then they may be more willing to part with that amount of money for additional value in the form of a soundtrack.

If the developer is open to a Licensing option, then they may request that the composition you create remain exclusive to the game for a certain amount of time after the initial release. This amount of time can vary drastically and numerous factors must be considered before both parties can agree to an exclusivity period. Every month that the composition remains exclusive to the game, is another large handful of days that you can’t license it to another project or possibly sell it to a music library.

If you’re finding it difficult to agree to a specific exclusivity period, then it may be easier to write in language for two possible scenarios based off the performance of the game. If the game is doing quite well after its release then perhaps the composition shall remain exclusive for a little bit longer; however if sales/downloads of the game are lacking then it would only be fair that the exclusivity period be shortened.

Furthermore, it’s essential that you get a clear answer on the actual release date of a project, as many modern games (especially PC) will release an Open Beta yet still charge customers or have already implemented monetization. By traditional definitions this could be considered a full release, but the company may not see it that way, so make sure to get an official release date in writing if you plan on re-licensing the composition after the exclusivity period.

Revisions and iterations are a part of any creative process, but some developers (if not restrained) can micromanage a piece of music into the ground. That is why it’s essential to write in a specific number of revisions on a single piece of music into the Agreement. Any revisions over that amount should warrant additional compensation. I personally like 3 revisions and work that into as many of my Agreements as possible. It’s a high enough number to facilitate efficient feedback so I can create something special that resonates with the developer, but also low enough to guarantee that any overly extraneous work or revision requests are additionally compensated for.

Furthermore, based on the budget of the project and what you can negotiate, it may be possible to retain creative control over the music’s direction. This not only gives you the power to revise cues at your own pace, but also the additional benefit of deciding on the overall palette/feel/goal of the music. Obviously this would require an enormous amount of trust from a developer, but in the right situation it’s possible and very much worth pursuing.

Sometimes if a project doesn’t have an adequate music budget, but is currently pursuing funding/investors, then they may (at some point in the middle of development) acquire additional monies for the game’s development. In this situation, it’s essential that you write in the Right of First Refusal on creating (or re-creating) any of the music for the game. It’s hard to imagine a developer disrespecting all of the time you’ve invested up to that point and throwing you by the wayside for another Composer, but it can happen and is best to have covered.

Furthermore, in some micro-budget situations it may be pertinent to write in language that guarantees you to be hired for any sequels, ports, DLC, or maybe even wholly different projects. All of which are assumed possible because of the original game’s financial success, at which point you should be rewarded for your investment.

Lastly, but certainly not least, as there are tons of options I’ve yet to mention, we have the option of writing in Bonuses into the contract. The traditional bonus structure is based off the number of units sold and is usually attached to a specific dollar amount the Composer shall receive.

However, it’s entirely possible to base the bonus structure off of different goals like: Total downloads, Youtube Video Hits (if you did the Trailer/Promo music), etc. Furthermore, the bonus compensation could be a specific dollar amount, or (if the developer would like to make sure it gets invested right back into the quality of the game) then perhaps it could go into the funding of live recordings. Paying for professionals like a recording engineer, studio, session musicians, mixer, etc. All of this should be on top of your initial creative fee of course.

In a world of diminishing music budgets for projects of all sizes, I hope you’ve found this article helpful. We don’t always have to just accept an Agreement with the provisions written in by the Company / Producer / Developer. It’s guaranteed that those provisions heavily favor them and if they don’t have an adequate budget to pay for the lack of beneficial provisions for you, then you have the prerogative to suggest creative solutions. Thanks for reading and I wish you all the best in your future Agreement negotiations!

About
the author: Kole Hicks is an Author, Instructor, and most prominently
an Audio Designer with a focus in Games. He’s had the pleasure of
scoring mobile hits like ‘Bag it!’, has provided audio for Indie PC
titles like ‘Kenshi’ and ‘Jeklynn Heights’, and was nominated for a 2012
GANG award for an article written exclusively for Shockwave-Sound.com
titled, “Mixing as Part of the Composing Process. Emotionally Evocative
Music & Visceral Sound Effects… Kole Audio Solutions.