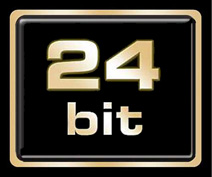 As of January 2010, we at Shockwave-Sound.com are pleased to announce that we are introducing a new level of audio quality for royalty free music users. We’re releasing all our new music — and some of our back catalogue — as High Definition, 24-bit WAV audio files.

It has been almost 10 years since our launch in March 2000, and in that time there has been a general move towards bigger, better media. Video has moved from standard resolution to high definition. File sizes have grown tenfold, and both professional and consumer oriented media production programs have become better and better equipped to deal with images, video and audio of higher and higher resolutions.

As I’m writing this, there are no other royalty-free music shops or sites that offer high definition 24-bit stock music, that I’m aware of. Doubtlessly, others will follow. Pretty much the same thing happened about 5-6 years ago when we were the first to start selling uncompressed WAV files in full CD-quality while the norm was that royalty-free music generally came as MP3 or, on Audio-CDs that you had to wait for and receive them physically by post.

What is High Definition Audio?

I’m not going to turn this into a very complex discussion on ‘audiophile’ issues but I would like to take one minute to talk about what the difference between a “regular” 16-bit WAV file and a “high definition” 24-bit WAV file means.

As we know, audio exists as fluctuations in pressure, or “sound waves”. These waves are really completely analogue, meaning that they are “natural” and soft sound waves that moves through the air.

We can then re-create the audio by playing back all these “captured moments” in the same order they were captured. This is how we “sample” a sound and play back the sample.

Take a look at this illustraton: 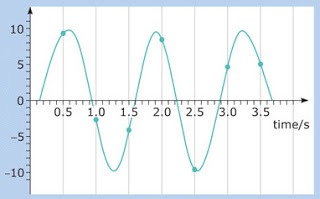 Now, the other value that’s worth noticing here is the vertical scale. The finer the resolution of this scale, the more accurately we are able to capture each moment of sound. This value is known as the bit depth and like the sample rate, it determines how close to the original, true sound wave we are able to recreate the sampled sound.

Since then, new technologies have implemented higher sample-rates, such as 48 Khz (48000 samples per second), 96 Khz, or even 192 Khz in some extreme cases. And these days, even cheap video and audio processing software can easily handle 24-bit audio. However, the “CD quality” audio at 16-bit, 44.1-khz is stubborn! It has dug its way into our psyche as “full CD quality”, as if in some way, that’s the best we’ll ever get.

Today, though, more and more people work at 24-bit. Most of our contributing music composers/producers have already produced their music at 24-bit for a couple of years. It’s just that we, like others, have actually downgraded the audio to 16/44 before putting it up for sale.

But that’s not all. Because we also have to cater for those who cannot use the 24-bit file, we have to include the 16-bit file too. So that’s another 10 MB per minute of audio, and now we’re up to about 27 MB for each minute of audio.

The Terrabytes are flying…

That’s not peanuts, when you consider that a music library such as ours have thousands of music tracks, often times also available in several different versions, mixes, cuts and edits. If this 5-minute audio track is also available in three different mixes (say, a version without vocal and a version without drums?), then you’d be up to an incredible 405 MB of files, just for this 5 minute track. And we still haven’t counted the loops!

It goes without saying, the demand for web server space is enormous (Terrabytes are flying!) and the same goes for the traffic volumes (i.e. the amount of data that has to travel from our server to all the thousands of people who use the website and download audio).

Nevertheless, we are now moving to 24-bit, and you’ll see all our new music coming up on the site in 24-bit. We’ll also try to work our way through some of the back catalogue and, where possible, add 24-bit files to the webserver. This will take time, though, as we’re pretty much already working flat-out here and, we ask for your understanding that not all the older music on our site was actually ever produced in 24-bit. Some of it was recorded, mixed and mastered in 16-bit from the beginning, and in those cases, it would be pointless to add 24-bit files. We won’t convert a 16-bit sound file up to 24-bit. We’ll only offer 24-bit files where the music has actually been produced in 24-bit from the beginning.

In some cases, you’ll see that some versions of the track (for example, “full length version”) is available in 24-bit, but the other versions (such as “set of music loops”) is only available in 16-bit. This probably means that the composer/producer sent us his track in 16-bit. We then used that 16-bit file to create the loops. Now, when we later asked the composer/producer to send us the 24-bit file, he sent only the regular, full-length version. And it would be a pretty hopeless task for us to edit the same versions/cuts/loops again. So – in this case we’ll simply add the 24-bit file of the normal full-length version, whereas the other “edited versions” (60-secs, 30-secs, loops) remain only in 16-bit.

Not all software can handle 24-bit audio files. I believe, for example, Windows Media Player cannot play a 24-bit sound file. Because of this, we will always include the 16-bit file as well.

We hope, and think, that this can help your project sound better! Thanks for reading.