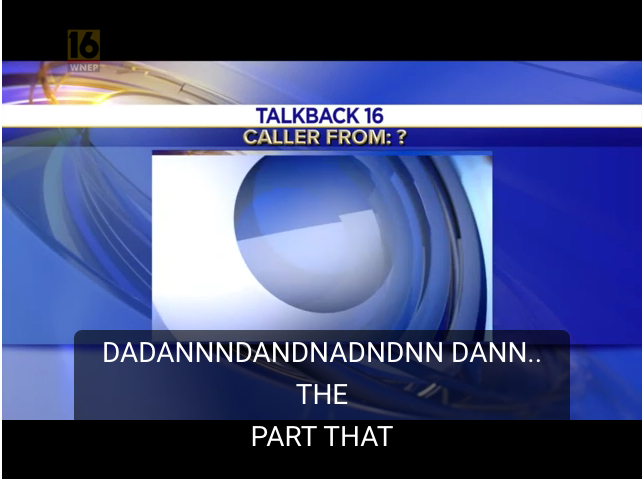 Scott Schaffer, of ABC’s  WNEP affiliate in PA. launches into the topic of sound effects during the segment “Talkback 16” in which the station responds to viewers’ feedback. In this particular segment, the issues defined as “critical topics” some WNEP callers relate to the station’s use of sound effects and choice of music. One caller addresses his notion of a “critical issue of the day:” “Yeah that little thing you do between the, eh, commercials and the program… you know that goes DADANNNDANDNADNDNN DANN .. the part goes DANDANDNNDA ..” and apparently he wants it all edited except the final part. 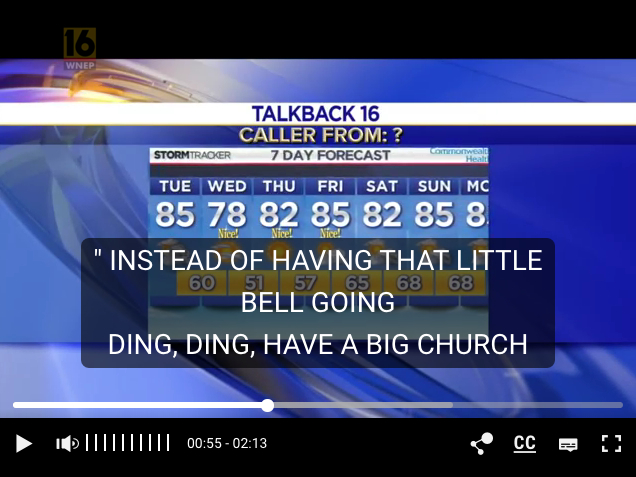 The host further explains that amidst other calls regarding the summit in Helsinki and severe weather at home, another caller instead wanted to address the bell sound effect used throughout their segments.“Instead of having that little bell going Ding Ding, have like a big church bell … BONGGG BONGGG BONGGG .. not a little deeeng deeeng deeeng deeeng .. big church bell … BONGGG.” The sound effects wars apparently continued as Schaffer shared a response caller a bit irate that the previous calls have warranted air time, stating that someone like herself, “who can actually think,” should be chosen as opposed to others who apparently can only talk in sound effects. 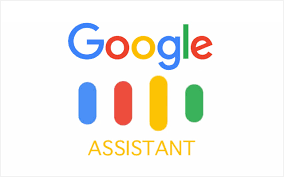 Google Assistant, Google’s artificially intelligent virtual assistant, is in constant evolution in the development of its human persona. While it may appear “alive” at times, it is, of course, being created and developed by people, as the following video of a brainstorming session with developers shows. Designers, engineers, illustrators, and yes – sound designers – make up the huge cross-sectional group trying to bring life to this technology to make people’s lives better, called the Google Assistant’s Personality Team. The assistant’s team uses sound, music, and voice to enhance not only the experience, but in addition the usefulness, of this AI assistant used on 500,000 million devices worldwide. This is discussed in “Exclusive: Inside Google Assistant’s Personality Team” on a video on the Yahoo Finance website – hosted by Yahoo Finance tech critic David Pogue. 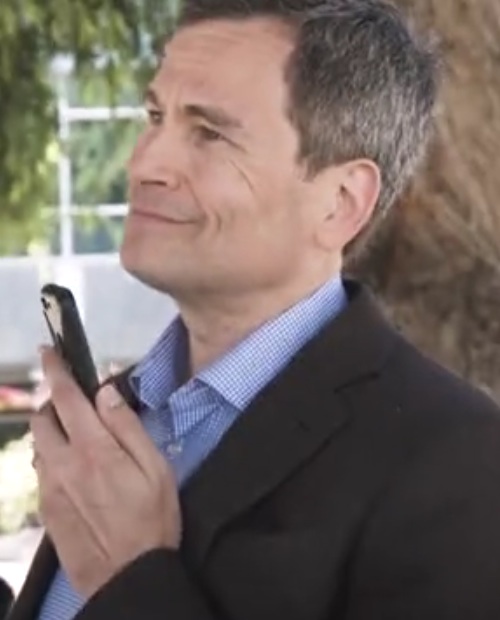 The Google team has plenty of opportunities to utilize their creative prowess as the questions that users might ask is nearly limitless. For example, as Drew Williams (Writer – Personality Features) if a user wants to call Santa and tells the AI to do so, the user could experience calling the North Pole and an elf would answer etc. to enrich the experience. Clearly, for any of that to happen sound effects and sound designers would be needed to bring sonic “realness” to the experience. The article discussed here only mentions “sound designers” once, but we can rightly assume that in order for an “elf” to answer the phone, someone is going to need to tweak the pitch of the voice to make is sound tiny, and/or employ “north pole type sound effects” such as Santa’s laugh and the sounds of toy-making in the background. And, if this isn’t being done – it should be.

In addition to sound elements, music too plays a role. At 1:15 in the video on Yahoo Finance we see an instance of a developer suggesting a musical interlude to make a point. This is Elena Skopetos (Character Editor) who is in charge of bringing life to Google Assistant’s opinions and thoughts, imbuing the AI with a definitive character. As she explains for example if a user asks “Do you want to build a Snowman?” the AI responds sarcastically “Frozen came out in 2013 – let it go” referencing, of course, the musical hit from the show “Let it Go.” Again, the use of music. 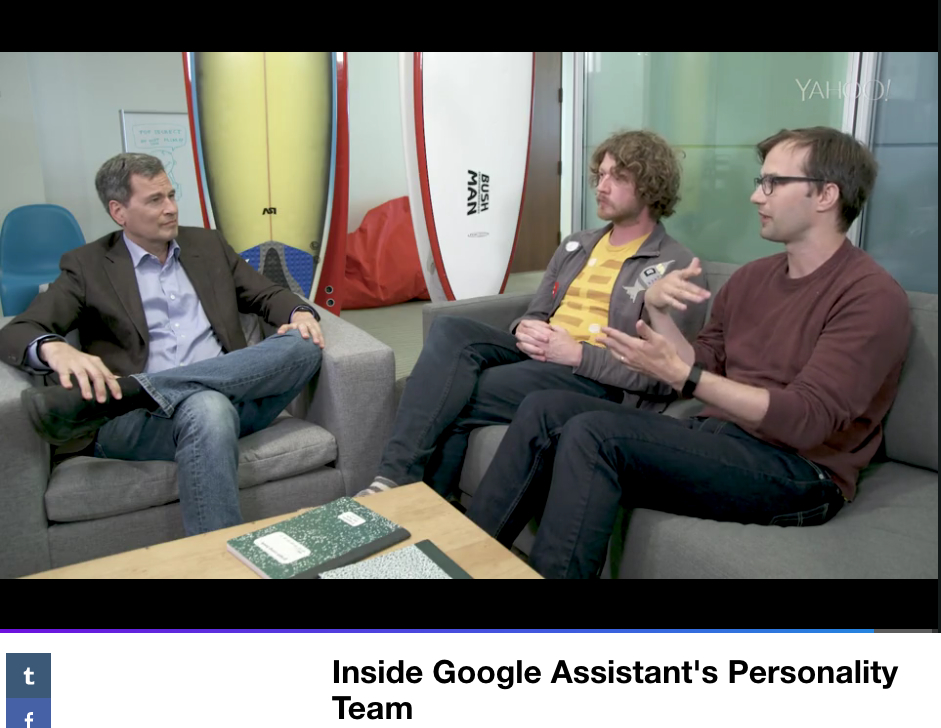 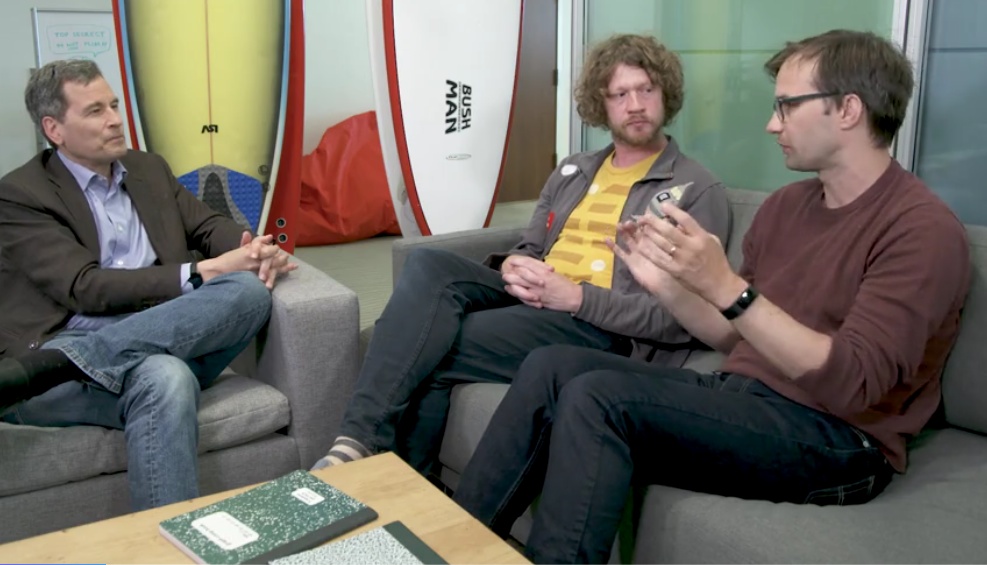 The actual voice of the AI itself is also highly important as Andy Pratt (Features Lead) and Ryan Germick (Principal Designer) explain, the voice and personality are meant to be helpful, useful, with a bit of humor but not snarky like Siri. Pratt states that he thinks of Google as a massive library and Google Assistant as a “cool librarian.” On a side note, to ensure that the humor of the voice is culturally palatable Google employs developers from around the world for their intimate cultural knowledge of their specific locales – a term called “trans-creating.” The discussion in the video goes on to a discussion on the importance of “voice” itself in technology.  Lilian Rincon (Product Management Director) and the host make the point that “voice” itself is playing a greater and greater role in controlling and navigating technology. For example, in areas of the world where literacy, typing specific dialects, and access to computing is a concern, “voice” both by the user and device itself can punch through these difficulties: no need to type and read, rather just ask and listen.

The Ecological Impact of Sound Pollution 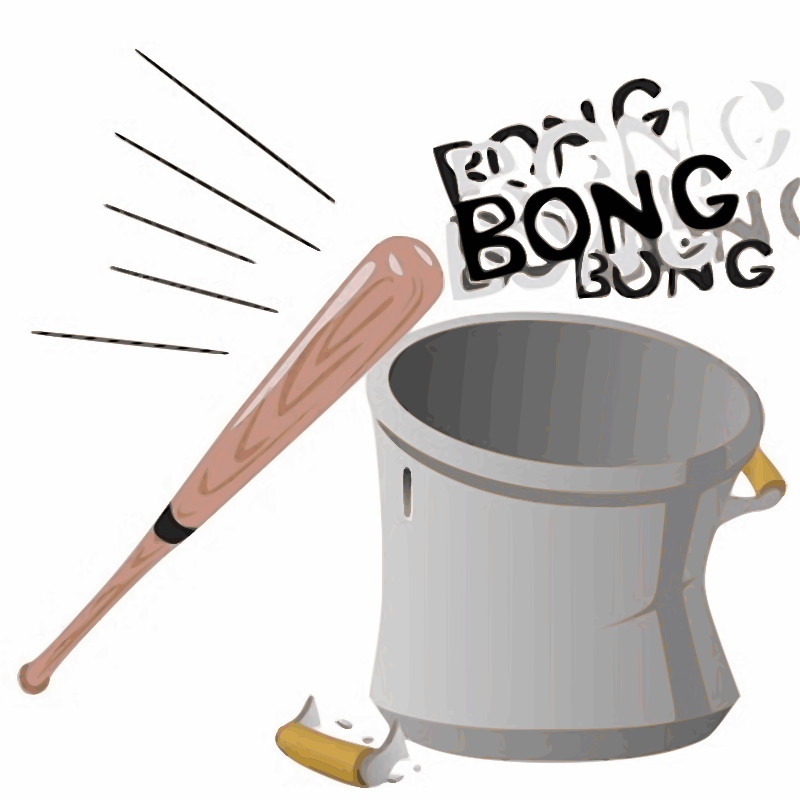 Human beings are great at many things, including polluting the heck out of any environment in which we live. I’ve personally never considered “noise pollution” beyond the noise violations my roommates and I received in college for blasting Jimi Hendrix at 2 am in the dorms or the jackhammer at 7 am on neighborhood streets when work crews are starting their work days. Those are noise assaults on people by people. Apparently, however, there is an entire realm of human noise pollution that negatively impacts the natural environment along the lines of other forms of human intrusion like chemicals, exhaust, plastics, waste etc.

The Conversation (conversation.com) in Rock n Roll is Noise Pollution with Ecological Implications covers Brandon Barton of Mississippi State University, who smartly covers the effects of noise pollution on the natural environment. Barton uses AC/DC’s track “Rock n Roll ain’t noise pollution” to set up his piece. Barton’s research group recently tested AC/DC’s hypothesis to see if rock music or human noise such as highways does have an effect on the surrounding environment. His conclusion is that yes indeed rock ‘n’ roll and other loud sounds can physically affect the world around it.

Noise pollution does not just affect single animals in its path but also the ecosystem as a whole when the behavior and interactions between compromised plants and animals disrupt the system. Barton gives examples of how the noise from mining and drilling affect wildlife and marine life. Barton’s group specifically studied lady beetles, and the Asian lady beetle classified as “Harmonia axyridis.” Lady beetles is another name for the common ladybug. These beetles are used by soybean farmers as a natural biological pest control to decrease the use of pesticides. 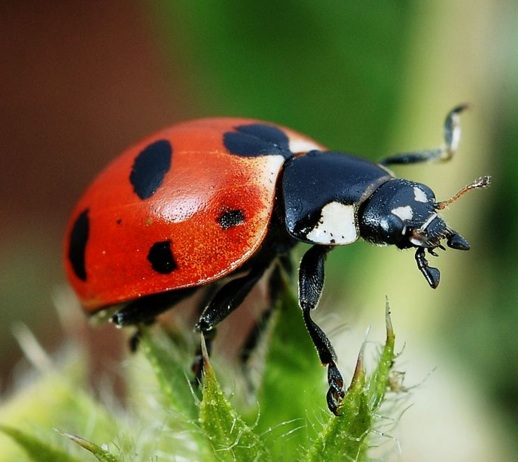 As Barton explains, ladybugs are an excellent form of pest control because they eat pests called aphids and lessen the need for pesticides. They are an extremely part of pesticide control because, as cute as they might look, they are predators with huge appetites. They are important to the current environment and interaction between humans and the natural world.

The ladybug is an excellent choice to determine the effects of noise pollution because if the beetle’s normal behavior is compromised they cannot serve the function of pest control and it would affect the soybean yield. With the help of fellow AC/DC fans and academic colleagues, Barton experimented by putting beetle larvae with enough aphids to eat (again aphids are the critters that they generally feed on, thus protecting the soybeans) and systematically played sounds and music tracks between 95-100 decibels, including sound effects of city environments. The results are conclusive – the beetles in silence brought the aphid population down to essentially zero which is normal, but when “Back to Black” by AC/DC was played for two weeks straight it reduced the beetle’s effect on the aphids by 50%. Barton further demonstrated the effect on the “system” by also doing the experiment with the beetles, the aphids, and growing plants. As expected, pest abundance increased – 40 times more in fact – when the beetles were under the duress of rock music. Barton also mentions that country and folk music, as opposed to rock, had no effect.

Toy Gun with Sound Effects used in Hold Up

Jacob Adelman of the Philadelphia Inquirer (philly.com) reported on July 21, 2018 a young man in his 20s reportedly held up a 7-Eleven in Northeast Philadelphia. Around 1 a.m., the suspect entered the store at the intersection of Bustleton Avenue and Knorr Street. Police report that he demanded cash and scratch off lottery tickets. Then, the suspect reportedly forsook the tickets and instead went straight for the cash when the attendant was opening the register and fled with around $500.

The suspect left his weapon at the scene where had placed it on the counter while grabbing the cash. Police report that the gun was actually a toy semiautomatic handgun, adding that the toy also came with gun sound effects.  I’m not sure what is stranger in this situation – I suppose the fact that the sound effects were mentioned in the first place. Apparently, they weren’t used as part of the hold-up and most likely wouldn’t have been very effective in the thief’s achieving his goal. But, no one is complaining about the gratuitous sound effects publicity – sfx are everywhere. By the way, the suspect had a teardrop tattoo near his left eye and was wearing a black shirt with an Adidas logo. As of now, police are still searching and I’m assuming they have fingerprints but no mention.