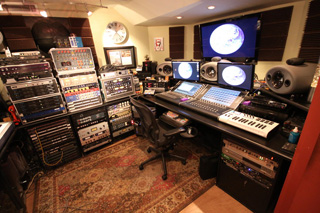 Many composers talk about creating music, but few discuss the tools required to do it. What I mean is the IT side of music creation. I will do my best to explore this broad topic providing the most concrete information.

The choice of displays (audio) – the more displays with a different bandwidth, the better, because the entire bandwidth consists of a low (bass), medium (female voice) and high (drums) band. Therefore if we want to hear all bands clearly, we have to gather as many displays or HI FI loudspeakers, as possible.

The choice of headphones. – Headphones are a very useful thing, especially when creating music at night. They might serve as an additional tool when checking the bandwidth in ready songs. It is worth paying attention to the softness of membrane surroundings and the comfort of wearing the bow, because listening for a few hours and working on uncomfortable headphones might result in earache.

The choice of sound card. – It is worth remembering that external sound cards have to possess a processor in order to serve well when working on music (it is similar to the difference experienced when using a processor without additional cores). Sound cards without a processor enable only recording the sound from the outside, because they do not have a large ASIO latency, and therefore i.e. one cannot record sounds from a microphone and sounds being played simultaneously. It refers to recording vocal for background music (modern computers allow creating music using integrated sound cards without ASIO support. In such case you should choose the ASIO Full Duplex option in the music creation programme audio settings). The power input is very significant, because we may lose time on setting appropriate volume and changing it from quiet to loud. In 2010 the AVID sound cards producer presented the cheapest and most efficient external sound cards, which cooperate with every music programme. One of the technically advanced devices intercepting audio channels in real time is MOTU, which was the most popular equipment used in studios, before the external Pro Tools HD set appeared. A lot of external devices may be plugged in to it (e.g. the effects) without being concerned about the processor overload.

I have been asking myself one question for a very long time: why do we need compressors, sound processors, effects, sound banks and other external devices at all? The answer is: because they do not occupy the memory and processor in the real time. 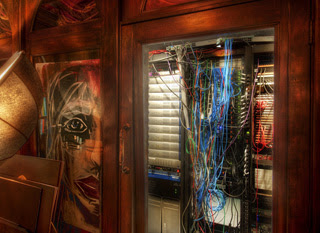 In 2009 there was a breakthrough in the computer development. The largest obstacle in their expansion was the high price of the RAM memory. Now the average amount of the RAM memory in the computers owned by composers is 8 – 12 GB RAM, and the cutting edge PC mainboards operate with as much as 130 GB RAM. When purchasing the RAM memory, bear in mind not only the amount of memory, but also its speed (MHz frequency). I can tell from my own experience about a situation when the servicing agent put the wrong RAM memory into a computer I ordered – it was too slow as for the given mainboard. In consequence I had to cope with the system errors called “Blue Screen of Death” for a couple of days (when the computer was freezing, it was making similar sounds as during the “Neo awakening” in the Matrix movie). It was especially annoying during a few-hour work on music. Of course the memory was exchanged, which came as a huge surprise for the computer shop owner. Therefore for the future I recommend choosing a more expensive mainboard, which will “survive” a couple of years, because it will be possible to purchase more and more RAM memory to it and change the processor without the necessity to install a new PC operating system and music software.

However, if you have two left hands or don’t know, which computer parts could be exchanged for the more modern ones, I recommend purchasing ready computers of the “all in one” kind, e.g. manufactured by HP, Asus or MSI, which are very similar to the Macintosh sets (some models have a touchscreen, which will have a significant impact on the quality of work when writing in the note processor).

If you have little RAM memory and constantly complain about the “buzzing” of the computer not coping with a large number of switched on virtual instruments, then I have a remedy for you. The Cubase programme has the option of recoding ready notes from a virtual instrument onto WAV tracks “on the run” (the process takes literally a few minutes and can lighten the RAM memory’s load up to 90%). This function is called Freeze VST and can also lighten your computer’s load in terms of the effects switched on in a Mixer. Unfortunately, after “freezing” the virtual instrument track it cannot be edited later (only notes may be copied), unless it is “unfrozen” – this action takes less than 5 seconds. You can also save and import ready WAV tracks manually in other programmes not having this function, but it is very time-consuming.

Having a large amount of the RAM memory and a few-core processor makes the work of every musician problem-free, which is related to the improvement in the music quality and the performance speed.

Pc versus Mac versus Laptops

Windows 7 takes up 1 GB of RAM memory, which is related to the loss of huge space otherwise used for recording virtual instruments (you can also choose the 64 version of Windows XP, which takes up a smaller amount of RAM – 500 MB. However, it is not supported by drivers and may operate at 16 GB RAM memory the maximum. Windows 7 operating system does not have as many mistakes as its previous versions and differs in terms of automated installation of devices drivers in the online mode.

The Mac computer is more expensive than the PC computer, not mentioning its sub-assemblies. The Leopard operating system update is expensive itself, not mentioning the additional update of programmes for Mac. If we wanted to install the same programmes on the newly purchased super computer MAC OS, we would have to record everything from the scratch. Meanwhile on the computer with the Windows operating system there are two ways of installing the whole software and data as file images, using Norton Ghost or Acronis True Image programmes, or as system settings backup (using Windows 7 main board – this refers to systems older than Windows 7).

The best way to minimize the loading time of the Windows system is to buy a few discs and assign different functions to them – office, creative, entertainment, diagnostic or backup. Nobody clever will do a few things simultaneously relying on the system operating speed and his own efficiency during one day.

I was surprised to discover that there is an opportunity to work on many PC computers at one time while creating music. Such an option existed once only in Macintosh computers (until 2003). FX Teleport enables the cooperation between computers via TCP/IP LAN (even remotely). It works on the basis of a Host computer or Server computers. Another programme which is similar to FX Teleport, but more advanced than it, is Jbridge.

Writing the first part of the article I decided to refute the thesis (PC computer stereotype) about the proportional relation between the computing power used in music production and the thickness of the composer’s wallet. In the second part of the article I presented more informations about Hardware and the efficiency and capabilities of different programmes used to create music and sounds.