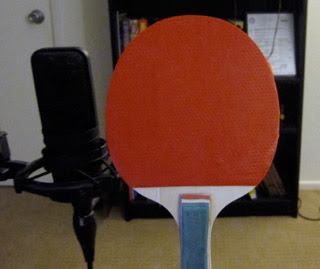 Excuse Me, You’ve Got Some Sound Effects in
My Music

The use of certain elements we consider “Sound Effects” in Music is much more common than we may think. Whether it’s nature ambiances heard lightly in the background of a New Age track or the aurally unpleasant bang of a trashcan lid in Industrial music, our perception of what purely differentiates the line between Sound Effects and Music is rapidly blurring.

I recently became more aware of this progression earlier this year when tasked to compose an eerie / ethereal background track for a horror game. The piece most definitely had to set a mood and have direction, but never really intrude the player’s “consciousness” enough to have them recognize or become aware of “Oh hey there is music being played now.” So, in a way the music was to act in a role we may consider to be more common with sound design.

Now this practice in and of itself is not new, but the questions I asked myself while approaching this problem and the previously closed “doors” the answers opened up to me are new and unique enough to want to share my findings with you.

I. Approaching the Issue & Asking the Right Questions

Before I even attempted to do the traditional “sit down & start writing” phase, I tried to think of and answer all of the necessary questions that are unique with a piece like this. Should there be any thematic material… would it “get in the way”? How Dynamic can the piece be? Will I be using “traditional” instruments? What role will the mixing process play in this piece? Etc…

Asking and answering all of these questions were absolutely critical for taking an accurate first step towards fully expressing my intent with the piece. That is why I often take this step and recommend many others do as well (especially if you need to be very articulate with what you’re wanting to express).

Let’s go through the process of asking and answering a few questions unique to a piece of music like this.

First, lets look at “Will I be using traditional Instruments?”

Since there is no right or wrong answer to this question, I only felt compelled to organize/understand my instrumentation choices enough to justify their usage in the piece. So, I decided that my approach to this piece had to be one focused more on timbre/moods and that writing standard musical phrases easily identifiable as “music” by the human ear were off limits. At least initially, as I also decided that “sneaking in” the main theme from time to time would be okay (as long as it’s full introduction was gradual). However, for the most part, I “justified” the usage of some traditional musical instruments by challenging myself to use them in a unique way that wouldn’t immediately be perceived as a musical phrase by the listener. “Typical” sound design elements (impacts/crashes/scrapes/etc.) were also allowed, but must be organized in such a manner that they would have a perceived direction.

Which brings us to our next question… “What role will Form play in this piece?”

As I mentioned before, the line between what could only be considered Sound Effects and what could only be Music, is rapidly blurring. Impacts, soundscapes, and other “sound design elements” are being used so often in modern music that I believe the only clear distinction between the two is the way each one is structured.

This is not to say that Sound Effects can’t be organized in a way to tell a story, for they surely can, but rather the way in which we approach and organize our sounds for music is different. Repetition and imitation are two of the most common techniques used in music from almost anywhere in the world at anytime in history. When you’re lacking tonality, melody, and other “common” western musical constructs, more often than not we revert to repetition and imitation to structure our music (both for our sake and the listener’s ears). Often times, when your creating Sound Effects to picture, its not ideal to only use one punch/kick sound for an entire fight scene. However, I can also imagine the argument that the variety in those punch/kick sound effects, are the equivalent of musical imitation. So, perhaps the only real thing separating the difference between Sound Design and Music is our perception/preconceived notions of what each one “should” be.

With that said, I decided that the role of Form in this piece was to take these isolated sound ideas/motifs and repeat/imitate them in a manner that felt like it was going somewhere (The repetition/imitation itself not having to be structured, but perhaps more organic or improvised). Complex and strict forms like Sonata or even Pop wouldn’t accurately achieve this goal. So, it was determined that the form must be even more basic (remember we don’t want the listener to immediately recognize this as music). My solution was to introduce and eventually repeat/imitate these “themes/motifs” as they were applied throughout the changes in the dynamic curve.

Last but not least… “What role will the Mixing Process play in this piece?”

I feel very strongly about the role of Mixing in the Composition process, as it’s unavoidable in modern times. However, I’ll save the majority of what I have to say about this topic for a separate article. 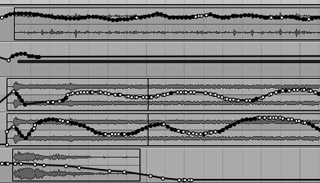 As it applies to this question though, I determined that the subject
matter and piece itself needed “mixing forethought.” Simply
thinking about what pitches, rhythm, or articulation to use would not
be enough, so I went a step further and asked myself questions like…
“Is a High Pass Filter needed in this piece? If so, When and for
what Part(s)? How much distortion should be used on the guitar…
what pickup? Should I automate the reverb to the dynamic curve or keep
it consistent throughout the piece?

It’s through questions like these that some of my most creative
answers originated. When you become more aware of exactly what frequencies
you want expressed at a certain point in a piece of music or how you plan
to creatively pan each instrument, your music will immediately benefit
from the original answers you come up with.

I always like to say that if it affects the way your music sounds at
the end of the day then it’s a part of the Composition Process that
should be taken into consideration. That goes for Mixing and even your
state of mind prior to writing (make sure it matches the necessary mood
you want to express in the piece of music!) 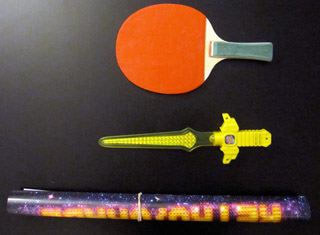 Now that we have some unique answers to work with, it’s all about performing and capturing their essence. For instrumentation it was decided that everything is permitted, but most “standard” writing practices would not apply.

Bend a string of the guitar beyond its “comfortable point” and play your theme. Play the Piano with socks on your hands or breathe into the mic and apply massive reverse delay. Place a huge pillowcase over your mic/head and start to sing. Record your harp in the bathtub or pitch up/down kitchen pan impacts and organize them to build a triad.

The options available to you are only restrained by your ability to ignore the fear of “What will others think?” The Answer to “What is Music?” is growing every day with new ideas from creative composers willing to push the boundaries of sound and a more accepting audience that’s aching for something new/original. With that said, I’d like to wish all of you the best and keep composing fellow artists!

If you’d like to listen to piece of music I finished, click here and tell me where to send it.

About
the author: Kole Hicks is an Author, Instructor, and most prominently
an Audio Designer with a focus in Games. He’s had the pleasure of
scoring mobile hits like ‘Bag it!’, has provided audio for Indie PC
titles like ‘Kenshi’ and ‘Jeklynn Heights’, and was nominated for a 2012
GANG award for an article written exclusively for Shockwave-Sound.com
titled, “Mixing as Part of the Composing Process. Emotionally Evocative
Music & Visceral Sound Effects… Kole Audio Solutions.