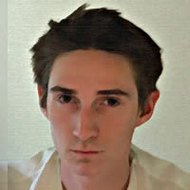 Hi, I'm a multi instrumentalist composer based in Belgium.

My first contact with music was through involvement with electronic element of composition, as well as other sampling production tools. Inspired by many movie soundtracks, digging into a more orchestral approach to music gave me some new grounds in which I grow to be a more 'conventional' composer, and also gave me a great deal of new fields in which exercising my passion.

Now, mixing both approach with some other more modern techniques makes it hard to get out of inspiration. I'm often confronted to graphical works and workers, and share a great appreciation for it. I also work as an independent composer artist, some of my personal work has had the chance to get on various video production, part of this work you'll find under one of my alias "The8thstep" and "Color8".

When not composing music, I spend a lot of time wondering around forest and parks, armed with an audio capturer, sometimes a couple of mics in the bag and a headphone set on the shoulders, I try to get the most of the sounds that would hardly be made using a synthesis tool. In order to build a rather big library of sound, sometimes applying distortions on them, or working around the image synthesis, and various other effects that I sometimes end up using in a composition, or a video sound design, point being, the biggest joy I get from those sound was to actually spend some time away from instruments, cruising by animals... I must have a collection of over hundred different wind sounds, some people share the same insanity regarding stamps, weird right?

As far as composition goes, I don't believe in a rigorous approach to creativity, despite having a rather similar procedure for any genres of music production, I always end up (luckily) with a different sound at the end, and mostly find something new to exploit every time, some kind of organized chaotic movement that tends to make sense at some point in the work process...