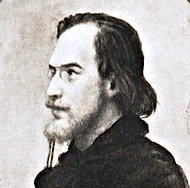 Erik Satie was a French composer whose sparse, strange, and inventive pieces broke from the romantic and impressionistic schools to champion the French avant-garde movement.

It is likely that his unusual style was responsible for the composer receiving fame only later in his career. His first ballets were largely reviled. However, critics had taken notice of him.

Satie took piano lessons as a child, and enrolled in the Paris Conservatoire, and was later expelled. After a failed attempt at military service he returned to Paris, and befriended Debussy. He undertook education once more at the Schola Cantorum, and approached his studious more seriously.

His pieces retained his humorous nature, however, and his short piano works became popular. There was renewed interest in his earlier work. Encouraged, Satie began working with small groups of other composers and artists as part of the Dada movement.

He died from cirrhosis of the liver in 1925.