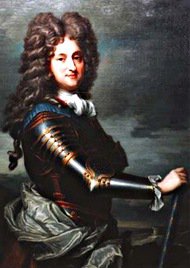 Baroque music’s strongest proponent in France was arguably composer Jean-Joseph Mouret. His life followed an arc that encompassed both triumphs and tragedies.

Mouret’s skills were noticed early by his father, himself an avid violinist. He ensured that his son studied music, and ushered him into a musical career. Mouret’s expertise first revealed itself through his singing. Before long he was in Paris, and led various posts, including one at the court of Sceaux. He wrote most of his material during this period. It was his voluminous Grandes nuits at Sceaux that brought him attention.

An opera-ballet, Les fetes, followed, and was staged at the Paris Opera. The
story diverted from tragedies typically enjoyed there, and instead directly addressed contemporary figures. It was a scandal, however Mouret thankfully did not take the fall. Surprisingly, a revised version become popular at a later time.

He continued writing, and included other styles, such as ballets and tragedies. He accepted a position at the Concert Spirituel, which fell under financial difficulty, and brought Mouret’s fortunes down with it. His post at Sceaux also vanished, leaving Mouret broke. The effect drove him mad, found himself in a sanatorium shortly after he turned 50, and died not long thereafter.