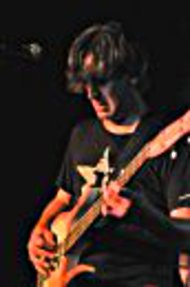 Lacunae Music is an outgrowth of the seminal NYC 90's underground band The Pineapples. The band released three critically acclaimed EP's: Cacuahuates, All For What, which was named single of the week by NME in 1992, and She Brings Me Down, released on Placebo Records. Under the tutelage of famed Noise NY producer Kramer, the band made a dent in the noise pop scene in NY in the early 90's. After over fifty shows at CBGB and an English tour, the band ran out of money and began to pursue other ventures. Under the name Lacunae Music for Film and Television, the members of the band began producing instrumental pieces specifically geared for shows such as America's Most Wanted, Dateline, Fear Factor, Dr. G Medical Examiner, and Skeleton Stories. The instrumental music is expansive and textured, while the vocal music just might be an early progenitor of many things now so familiar. As musicians, Michael De Ianni, Kevin Neenan, Howard Rappaport, and Tom Dwyer have worked for over twenty years recording, performing, and now scoring exciting and sublime soundscapes which have been heard on record, CD, radio, and now popular television.