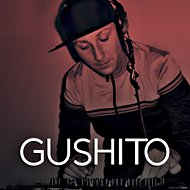 Kamil Guszczinsky, aka Gushito, is a Polish DJ and music producer from the city of Poznan, where he completed his education at the Poznann School of Sound. He continually produces music for other artists as well as composing and producing his own work, which is often influenced by deep house, groove and jazz vibes.

Gushito's tracks were recently played and supported by Phonique, one of the major dance music & deep house stars. But he does not limit himself to producing only in one style, as evidenced by the numerous Polish TV commercials featuring celebrities and Gushito's music, as well as a variety of other projects that he has been involved with, including: