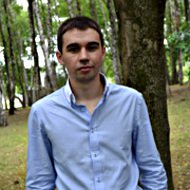 Evgeny was born and grew up in a small town near the Black Sea. He moved to Krasnodar in 2008 to study mathematics and play in rock band as a guitarist and piano player. After graduation from university he started to work as a composer for movies, TV and production libraries and a mathematician, programmer in Kuban State University.

His main goal is making emotional music for listeners. Evgeny doesn't like to churn out the tracks day by day. His favorite genres multiple including but not limited to ambient, orchestral, rock, trailer, post rock, instrumental.