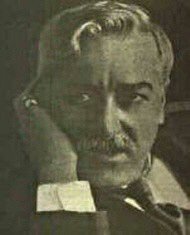 Ernesto De Curtis was an Italian composer during the Romantic Era.

De Curtis was born in Naples, and attended the Conservatory of San Pietro a Maiella in Naples, studying piano.

He famously wrote Torna a Surriento to words penned by his brother, Giambattista. The song, a poignant tribute to Sorrento, has been sung by such notable performers as Frank Sinatra, Elvis Presley, Dean Martin, Luciano Pavarotti, and others.