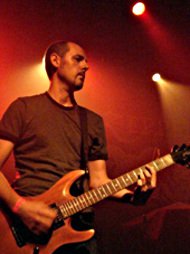 Darko Saric is a professional producer/composer from New York who has a BA in Music Composition from the National Conservatory of Lima, Peru. While there, he also studied Sound Design and Music for Film/TV. Darko began his career in Lima, where he produced several of the foremost bands and solo artists in Peru. He also scored independent films, training and corporate videos, and advertisements. Currently a resident of New York, NY, USA, Darko is creating original music that has been featured on television (CW11, MTV, ESPN, AMC, and ABC) and in independent films.

Darko Saric is a member of ASCAP.