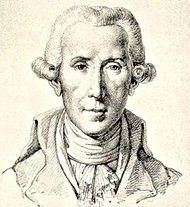 Luigi Boccherini was a composer born in 1743 in Lucaa, Italy. The son of a professional musician, Boccherini learned cello lessons when only five years old. He continued his education with Abbe Vanucci, the musical director of the cathedral at San Martino. It wasn’t long before Boccherini surpassed his teacher, and was sent to study in Rome.

Both Boccherini and his father later worked as court musicians in the Burgtheatre. After the death of his father, he relocated to Madrid in 1761. That began an extended stay in Spain under the patronage of Archbishop Don Luis, and later King Charles, where he met with success and fame.

A disagreement over a compositional passage led to his dismissal by the King, and Boccherini retreated to the Gredos Mountains, where the majority of his impressive works were crafted.