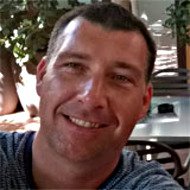 Beanstalk Audio is a project started by Lee Prichard. His involvement in music started at the age of 11 when he started trombone lessons at secondary school. Throughout his teens and early twenties he played hundreds of shows with the Ashton-on-Mersey Showband and numerous other brass groups throughout the Manchester area, UK and abroad. Later in life he started a music licensing business and focussed mainly on audio production and licensing before making a return to composing in his forties. Technologies have changed but Lee’s passion for music is as strong as ever. Although, these days his method of expression is through plastic black and white keys rather than blowing a raspberry through a long piece of brass tubing ;)