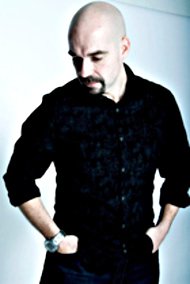 From early beginnings running and developing the Choo Choo label to worldwide DJ and live performance tours with Mara (including residencies in Moscow, Lithuania and the UK), as well as writing music for countless TV shows, Gilbey has remixed and worked with the very best. He boasts writing credits alongside artists as diverse as The Human League and BT (Brian Transeau) and a truly epic discography and remixography.

Whilst perhaps best known previously for his work in house music he embraces his love of all things technological and electronic and writes with a passion that overcomes any boundaries of style or genre, being equally at home writing orchestral pieces or bass heavy dubstep.

He now spends his time based in Sheffield UK, focused on writing for film and TV as well as being a sought after music industry consultant.

Says Barry: "From being a little kid, all I ever wanted to do was to write for film and TV, I've always felt it's an honour to be writing to picture as it's such an important part of the creative process for film making" beams a clearly enthused Gilbey. "I'm just loving being in the studio and I feel that's when I'm at my best".