Things to Consider When Scoring for Games, part 5

Things to Consider When Scoring for Games, part 5 August 5, 2013 admin 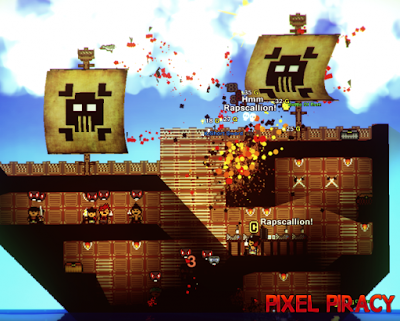 By Kole HicksThese articles are not intended to be a master source for everything one must consider (and how to prioritize them) when scoring a game, rather it will be a series of articles based off my experiences with each newly completed project. As I learn from the process, the other developers that are involved, and write about the experiences here, I hope the information will help better guide your future scoring efforts for games.

I recently had the pleasure of composing the original soundtrack to a fantastic 2d pirate Simulation/RPG called, Pixel Piracy. The experience itself was fantastic and I couldn’t have asked for a better developer to collaborate with, so there weren’t really any unexpected issues we ran into later in the process. However, as there is with every project, there were a few unique musical situations that I had to consider.

The first thing I had to consider was the role music would play in Pixel Piracy. The developer and I had a few discussions beforehand, but they were very open to my suggestions, which let me be more confident in my decisions. This is something that can’t be understated, as it directly affected the quality of the music. It was through this very open line of communication that we decided on two main roles for the music to play.

The first was to “set the stage” so to speak & operate as any normal background score in a game. Subtly enhancing the action on screen while subconsciously influencing the player’s mood. The second role was for some of the music to be consciously thought of as music & possibly participated in by the listener. Each main Role was split into multiple sub-roles that ultimately defined Pixel Piracy’s “Musical Identity”.

For the subconscious background score role, we split it into two distinct categories: Combat & Neutral.

The Combat sub-role covered all potential combat situations in the game, both in the water and on land. Here’s a Combat Example. The Neutral sub-role’s purpose was to serve as light background music during relatively placid moments in the game. Here’s a Neutral Example.

For the Conscious Musical Role, we also split it into two separate categories: Tavern Tunes & Sea Shanties. Both sub-roles could be instrumental only, but the thing that makes them unique, and thus consciously thought of by players more often, is the Lyrics/Vocals featured in many of the pieces.

I needed to find the very essence of what it’s like to sail the rowdy pixilated seas with your merry band of salty dogs. To accomplish this, I frequently played early builds of the game and had some in depth discussions with the developer, which helped inform me of the overall tone of the game. Beyond that I looked for inspiration in various styles of music and other pirate related media. 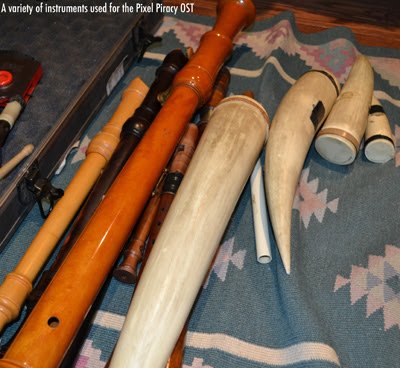 Pixel Piracy is a fun and adventurous game, so Irish Jigs and Reels immediately popped into my mind as a base for the game’s music. I love its jaunty disposition and the unique instrumental colors that comprise its traditional ensemble. However, it wasn’t appropriate for some game play situations to stick strictly within the parameters of this style’s guidelines. It was in these situations, like walking along the beach of a new island or raiding a rival’s pirate ship that I snuck in other influences. Specifically, unique world wind instruments (like a Gemshorn), period instruments (like a Hurdy Gurdy), and of course the bombastic Symphonic flavors used in other popular Pirate projects.

Over the years I’ve invested quite a bit in my own personal rig so that I’d have access to the best virtual instruments and sample libraries on the market. However, no matter how much time I spent behind the computer programming, certain instruments just wouldn’t sound as raw or beautiful as I wanted. So I had the pleasure of hiring a handful of fantastic session musicians (Cello, Violin, Accordion, & a unique instrument specialist) that brought the music to life. Their input, knowledge of their instruments, and interpretation of what I wrote was immensely valuable and Pixel Piracy is the benefactor. In fact, I don’t think I (or anyone else) could have pulled off this score with the same amount of energy and authenticity if live musicians weren’t hired.

At this point you might be asking, “But the graphical style is very pixilated. This seems like a big part of the game and would justify the use of 8-bit/Chiptune music; so why did you ignore it?” The answer is, we didn’t ignore it. We actively had a discussion about its usage in the game and came to the conclusion that an 8-bit style score would push the “nostalgia factor” too much and wouldn’t allow for the raw/gritty emotion derived from acoustic instruments to filter through to the gamer. For some games Chip tunes work perfectly, but for us we felt like it was an unnecessary stereotype for the music to follow and would ultimately limit the score’s effectiveness. 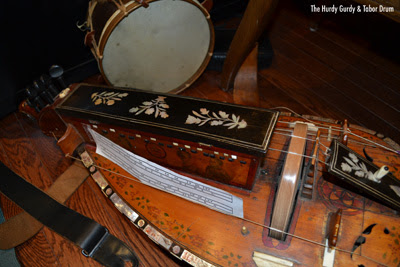 III. Making the Most of What You Have Available

Some games necessitate the design of a highly interactive and complex music system; Pixel Piracy is not one of those games. That’s not to say a simple music system is less effective than a complex one, but rather that each game requires its own unique music solution. For Pixel Piracy, we felt comfortable in its system’s simplicity and rather than worrying about creating various stems or mixes of each piece and hoping it would implement correctly, I could just focus on writing a good, solid piece of music.

Even though our music system was relatively simple in that it only looped full tunes & faded in/out when necessary, we added some depth to it without magnifying our workload. For example, the jaunty tunes inspired by Irish Jigs/Reels will only play when your Captain is on an island with a Tavern. Also, when in combat, rather than loop the same song over and over again the system will cycle through a handful of appropriate combat songs after one of them has ended. It’s not perfectly seamless, but I composed the combat tracks in a way (Similar tempo & exact same key) so that transitioning from one piece to another is relatively smooth.

Although Game Music is very important to setting the tone of a game & carrying or transitioning a player through various areas/game states, it is still near the bottom of a programmer’s priority list. This is not because they don’t think your work is important, but rather (if you’re not implementing it yourself) they have so many other tasks to focus on that they rarely have time to dedicate solely to music. Programmer time is a rare resource, so use it wisely; we were very fortunate that our music system could be quite simple and still have everything sound top notch.

In addition to the rarity of the Programmer’s time, I had a pretty short amount of time to write, record, and mix/master the entire score. So it was essential that I scheduled out my weeks in a manner that would allow me to work efficiently. As Composers know, being inspired & writing great music isn’t simply a switch you turn off/on, so when it was difficult for me to write I would focus on other tasks like finishing charts for musicians or uploading the Pro Tools session to my server so the Recording Engineer could pull it down. Mixing up my tasks & staying busy kept the momentum up; allowing me to finish the score right on time without any “crunch” whatsoever. 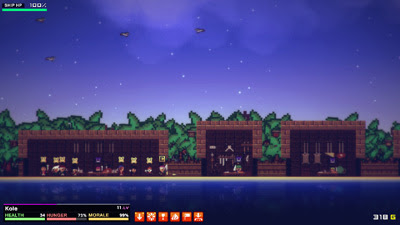