Things to Consider When Scoring for Games, part 4

Things to Consider When Scoring for Games, part 4 August 4, 2013 admin 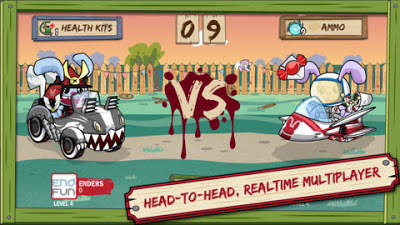 By Kole Hicks
* These articles are not intended to be a master source for everything one must consider (and how to prioritize them) when scoring a game, rather it will be a series of articles based off my experiences with each newly completed project. As I learn from the process, the other developers that are involved, and write about the experiences here, I hope the information will help better guide your future scoring efforts for games.

In this article I would like to discuss a few of the things I had to consider when scoring the latest release from Ender’s Fund, “Rabid Rascals“. This is a head-to-head mobile game with a unique hyper-violent “stuffed animal” type art style where you can take out opponents and level up to get better gear. It’s free to play, so I’d recommend checking it out HERE!

I. Making the Most of your Music

It’s important to understand that before we start, because this is a mobile game, we’re going to have restrictions on how much music can be used in the game. In regards to “Rabid Rascals,” this is especially important, seeing as there are a large amount of Sound Effects and Voice Over “Effects” that will all need to share the same space. So early on in development, I recommend figuring out where music is absolutely necessary and how much is needed for that segment of the game to feel “enhanced.”

For example, if we understand that most battles in-game will be around 60 seconds long, then a 15 second combat cue on a loop could get absolutely irritating. It may even get to the point where a player would turn the sound off entirely. My rule of thumb (for mobile games) is to figure out the average amount of time a player spends on a certain screen (or in a specific game mode/state) and then create a cue around 1 ½ times that length.

This covers the “standard” situation, but also lasts a little bit longer before looping for those epic battles. However, sometimes this may not be a possible option, as some games will keep a player in the same game mode/state for 5 minutes or more. For “Rabid Rascals” though, and many of the other mobile titles I’ve worked on, my rule of thumb seemed to work quite well.

In addition to the average amount of time a player spends in each game mode/state, I recommend figuring out how that game mode/state evolves over the player’s experience with it. In “Rabid Rascals,” we knew that battles would get more intense over time as each player landed shots and their character’s health receded. So, for “semi-timed” game modes/states like this, I was able to build the intensity of the piece over its entirety to help enhance what is happening visually. Although this is a simple loop and not in any way interactive, it can help give the illusion of an adaptive score; which ultimately adds a bit more tension to each battle.

Last but not least, don’t be afraid to write less music than you originally intended. For example, we could have easily decided that the inventory management/shop screens should have their own specific music cue. However, because the player may switch between the main menu and inventory screens often, we felt it was better to just have the Lobby/Main Menu piece play throughout both screens as to not break the momentum of the piece. Otherwise it could get tremendously annoying to consistently hear the first 5 — 10 seconds of both the Lobby and Inventory/Shop cues as you switch between the screens.

**It’s also worth mentioning the importance of clearly defining the feel of each game mode/state/screen with your music in mobile games. You often have less music to work with and can’t always develop/evolve motifs over multiple pieces. Get to the point, but be clever with your usage of these themes. For “Rabid Rascals” we only used 3 pieces of music. Lobby (=Mischievous/Fun), Versus Screen (=Impending Danger), Battle (=Chaotic blend of the previous 2 feels).

Some game engines, especially if they allow FMOD or Wwise integration, can contain highly interactive music scores. However in my experience, for the most part, mobile games either don’t call for this amount of interactivity or don’t have the financial resources available to license a 3rd party audio software like FMOD or Wwise. So, it is up to us to do the best with what we have available… which in most situations tends to solely be loops. 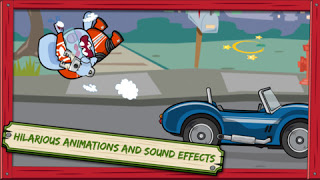 As I mentioned in a previous article, first it is important to create a piece of music that is rich in interesting material so that the player hears something new each time, or at the very least doesn’t mind hearing it over and over again. Beyond that though, there are a few other things we can do to help our loops sound “better.”

Mp3s tend to be the most common playback format for mobile music tracks and if they are to loop, then this can cause some issues. Most notably from the tiny “bubble” of silence that is inserted before each loop repetition, thus making seamless loops nearly impossible. There are a few technical things you can do to eliminate this unwanted space, but I’d like to talk about something you can do compositionally which can help the situation.

For “Rabid Rascals,” all of the tracks in the game feature a mostly percussive “outro” section. The natural decay of percussive sounds can work quite well for loops, especially if you write a piece so that the final hit allows a few beats for the sound to fade out before we loop back to beat 1. In addition to this, when applicable and expecting the piece to loop a few times, it is sometimes wise to not resolve the harmonic tension until the loop starts over again; so feel free to sit on the dominant at the end of a piece.

What do I mean by “Pop?” Well, it’s purposely vague, as it could truly mean anything. For “Rabid Rascals,” we determined the music style early on and I was able to identify a few characteristics of the style that absolutely needed to be executed correctly for it to be convincing.

The main thing I needed to achieve was to make sure this highly active and “bouncy” orchestral style was articulated with an immense amount of passion for it to feel alive. However, when you’re working on mobile games you rarely (if ever) get to work with a live Orchestra, especially if you only need to record a few minutes of music. 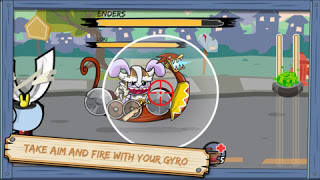 Although samples are getting better every year, I still prefer using live players whenever possible. So, since it was within budget, I hired a fantastic violinist to record herself playing all of the 1st violin lines a few times. Stacking and layering in these recordings made a huge difference. Not necessarily because you could “hear” the violin more, but because the aggression captured from the live recordings “trickled” into all the other parts and made them feel more real.

For your project though, the thing that makes your music “Pop” may not be a soloist at all. It might be a creative way of mixing your piece, altering your recording methods, or something else entirely. Whatever it may be, I advise you to actively search for and definite it. This will help keep your score cohesive and allow it the ability to better fulfill its role in the game.