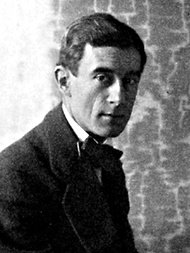 French composer Maurice Ravel’s musical career began with some reluctance. He was not interested in piano lessons, and it was not until 12 that Ravel showed solid aptitude.

He enrolled in the prestigious Paris Conservatoire at 14, and remained there for sixteen years, absorbing every drop of knowledge from his tutors. He began to develop a unique style of composition, which, while skilled, was misunderstood by his peers.

Ravel left the Conservatoire and worked independently, composing some of his most notable pieces at this time. Service in World War I paused his career, and resumed afterwards, albeit with tempered enthusiasm. He retreated from view, teaching and composing sporadically. Despite this, his reputation remained strong, and eventually grew despite a diminished creative output.

Ravel was known for his stylish and graceful works that dabbled in myriad styles. He was an exacting composer who showed a talent for craft. The majority of his impressive works come from earlier in his career, unlike most other composers.