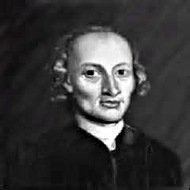 Germany composer Johann Pachelbel is known today for a single work: his Canon in D major. While that piece is widely known, his influence was far broader. He was a talented organist and harpsichordist, and a renowned teacher. More importantly, he was responsible for creating a new style that combined elements from Gregorian chants with organ music.

Pachelbel composed in the Baroque era. He was born in 1653, and from a young age showed considerable talent. He took regular schooling in Nuremberg, and studied composition and organ in private lessons. He also became an organist at a local church.

He later traveled to Vienna where he worked as an assistant organist at a cathedral there. Similar posts followed thereafter: as court organist in Eisenach, Erfurt, settling briefly at Stuttgart, Gotha, before returning to Nuremberg. It was this last post where he produced his well-known works.

His contributions to musical history include his distinctive, simple style highlighting clear melodies and harmony. He also became friends with the Bach family, and taught the famous Johann Sebastian, becoming a major influence the future composer’s work.