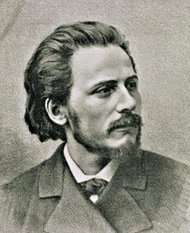 French composer Jules Massenet was endowed with a wealth of musical talent, all of which were eagerly appreciated by the people of his time. He was particularly skilled in crafting elegant and beautiful melodies, and using them to portray the depth and breadth of the human condition. Thankfully for his adoring public, he published frequently. His success allowed him to live a comfortable life.

Massenet, like many other French composers, was enrolled in the Paris Conservatoire. His skills earned him the prestigious Prix de Rome, an award that granted him the ability to work and study in Italy. He returned to France, and wrote his first opera, which was notably produced at the Opera-Comique, and drew acclaim.

After a brief break serving as a soldier in the Franco-Prussian War, Massenet began teaching at the Conservatoire, and continued writing. He found success and popularity. He explored new styles: orchestral suites, songs, oratorios, and ballets.

While Massenet’s work is seldom performed today, his writing had an immense effect on composers and listeners of the day.