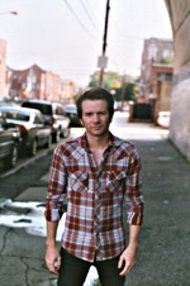 Little Bombs is a band inspired by the legendary alternative rock scene of its hometown: Minneapolis, Minnesota. Formed in the fall of 2010 by expatriate Kieren Smith who now resides in New York, Little Bombs is about real, honest music that listeners can relate to at a visceral level.

With a sound drawing inspiration from The Replacements, Smashing Pumpkins, and The Pixies, the debut record was produced by hometown hero Ed Ackerson at flowers studio, another nod to Minneapolis.

Currently, Smith is working on a sophomore LP with Jesse Gander (Japandroids, White Lung) and is set for a late 2013 release.

[Please note: This artist does not want their music to be used in Adult films or any other Adult content].