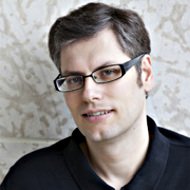 Jason Cullimore is a Canadian composer of art music, film score and electronica. His credits include performances of his work by three Canadian orchestras; a Gemini (the Canadian Emmy) nomination for the score to the sci-fi television series “2030 C.E.” (shared with two other composers); a $12,000 Grand Prize for jazz from the prestigious John Lennon Songwriting Contest; Saskatchewan Arts Board and Canada Council funded projects in which he has created jazz, contemporary classical and electronic music; and numerous other creative activities. Jason has often composed scores for television series and independent films, some of which have achieved a worldwide audience.

Jason was born in Regina, Saskatchewan, Canada. In childhood he practised piano, organ and flute performance, and began composing as a teenager in the 1980’s by using his Commodore 64 computer. He studied music psychology at Queen’s University in Ontario, for which he received a Master’s Degree in 1999 for a thesis on the cognitive representation of musical harmony. During his time at university he continued to develop his composing skills, writing scores for student films and theatrical productions and studying composition privately under Queen’s School of Music professor Normal Sherman. Upon completion of his studies he began to work full-time as a composer. He specializes in writing cinematic orchestral music influenced by diverse composers including John Williams, Stravinsky and Debussy. His electronica, also influenced by classical music, has won top-ten placings in songwriting contests such as the John Lennon and USA Songwriting Contests. Jason has a multi-computer composing studio for which he has licenced some of the most advanced sample libraries available today. He always challenges himself to write music that is colourful, melodic, and engaging.