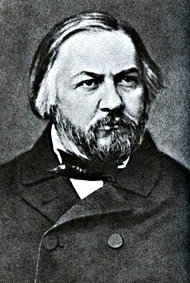 Mikhail Glinka began his musical career from an unlikely position: he was a nobleman. It was highly unusual for aristocrats to study music, however Glinka was not dissuaded.

His first exposure to music began as a boy. His father kept a private orchestra on the estate grounds, and it was here that Glinka became entranced with music.

Glinka was sent to St. Petersberg to study, and while it was not a dedicated music school, he studied piano privately, and took up the craft naturally. Although he had only a basic knowledge of music theory, he felt ready to compose, and began writing opera.

He produced Ivan Susanin, which became an immense national success. It was performed repeatedly across Russia. His later works, which included ballets, overtures, chamber pieces, and symphonies, never approached the success of Ivan Susanin. Despite this, his oeuvre had a substantial effect on all Russian composers who followed.