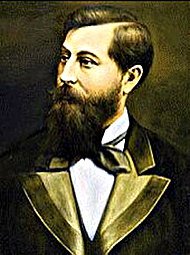 At only 12 years of age, Leo Delibes enrolled at the Paris Conservatoire. Later, at age 17, he became an organist at St. Pierre de Chaillot. Two years later he produced his first operetta, Deux Sous de Charbon. A dozen other operettas followed over the next decade.

Delibes moved through other positions as an organist during these years, with notable appointments at the Theatre Lyrique, and the Paris Opera. It was then that his contributions were recognized, and he began to earn success. He also accepted a professorship at the Conservatoire during this time.

Delibes wrote ballets, and also continued to composer operas. Until Leo Delibes’ contributions, ballet music had been declining for some time. His pieces were light and breeze, with catchy melodies and effervescent orchestration. The change invigorated the ballet form.