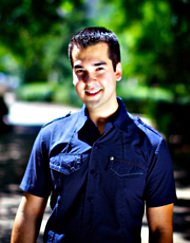 Coming to us from Los Angeles, acclaimed composer David S. Hamilton's cutting edge compositions and orchestrations are featured in a variety of motion pictures, television shows, musicals, and national ad campaigns. David's passion is creating immersive, cinematic soundscapes that carry the listener into another dimension. His unique compositional voice is often characterized by a synergistic blend of modern and classical elements. David received his Bachelor of Music in Composition for Film and Television with highest honors from Northwestern University and his Master of Music in Film Scoring from New York University. David was a Webby Award Nominee, and his music has been featured on various HBO, NBC shows and on Hulu. Other recent credits for David S. Hamilton include Wild Salome, directed by Al Pacino, Rock the Runway, directed by Jeremy Weiss, Luke 11:17, directed by Don Stark, and The Diet Life, directed by Matt Walerstein.