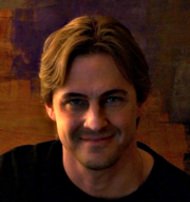 Born and raised in Southern California, Curt's enthusiasm for music was encouraged at a very young age when his older brother gave him a guitar. He knew immediately that music was where he wanted to focus his energy. Soon, understanding of music theory became the primary point of that focus. Immersing himself in the study of theory and orchestration, Curt searched for an appropriate tutor and as luck would have it, met well-known Orange County jazz guitarist Eric Shultz. Eric instructed him on the finer points of theory, technique and orchestration.

In college, he enrolled in every recording and broadcast class and quickly learned the techniques and technology behind the production of high-quality recordings. Curt also formed a number of musical acts and performed at almost every club and music hall in Southern California.

When the "band-format" began to lose its luster, he focused on increasing his knowledge of music theory through years of concentrated study. He also began to record continuously. Determined to record solo, Curt has become proficient at many instruments. He has also focused for more than two decades on DAW (Digital Audio Workstation) technology.

Later, Curt went on to release music under the "CS Audio Project" moniker. Though mostly instrumental guitar-oriented material, he always felt the need to take the progressive genre much further. His objective was to do things differently by approaching 'absolute originality' as the focus. He began to include full orchestral elements into his writing after studying the Principles of Orchestration by Nikolai Rimsky-Korsakov.

Throughout, the pursuit of original sounds and grand orchestration fueled the fire, which eventually led Curt to film and television music composition. His experience with music theory, technology and recording techniques come together to allow him to singularly record and deliver music which is either orchestral, symphonic, electronic or ambient; often a mixture of these many elements.