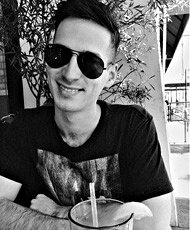 Christopher Bernard is a pop music producer/composer. At age 19, after convincing his parents to let him move across the country from Florida, he began attending recording school in Los Angeles. In 2012, after attending classes for only 2 months, he dropped out to intern at a recording studio full-time. He managed to garner a few engineering credits for artists such as Daughtry and Elle King, but shortly after decided he wanted to focus on writing and production.

Christopher has now gathered hundreds of TV placements as well as had his music placed in national ad campaigns. He continues to work in as many areas and genres as possible, with a keen focus on sonic quality and exciting melodies.