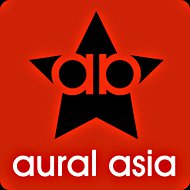 Aural Asia is the premier producer of Asian sound effects for professional sound designers. Whether it’s a full-throttle yum sing toast at Chinese weddings in Singapore, bell dings of Hong Kong’s iconic street trams or the 300km/h wind whoosh of the Japanese Shinkansen bullet trains, Asia has a deep and rich palette of sounds that offers endless creative possibilities.

Since 1989, Hongkong-born Kenn Delbridge has run audio post departments in Europe and Asia servicing international broadcasters including MTV Networks, BBC, Discovery Channel, ESPN, National Geographic and others. Now based in Singapore, he spends an inordinate amount of time plotting how to capture every sonic signature found in Asia for Aural Asia.

Capturing these sounds means a kit list featuring recorders from Sound Devices and Sony, with microphones from Neumann and Sanken, all blimped out in Rycote mounts. Sometimes, it involves tapping into a network of location recordists working on an Asian documentary who stay an extra week after filming is done to gather sounds, but most of the time it involves trekking to exotic locales and being very patient. That said, sitting on a beach in Bali to record the gentle lapping of the Pacific ocean at night with cicadas native only to Asia can’t really be called work, can it?