Things to Consider When Scoring for Games, part 2

Things to Consider When Scoring for Games, part 2 August 2, 2013 admin

In the first article on this subject we went through three different items to consider when scoring for a mobile game. Coincidentally, the latest game I finished scoring was also a mobile game, but many of the challenges and priorities differed. In this article I’d like to share three of the main things I took into consideration when composing the music for ‘Bag It!’

This has always been an issue for Game Audio people, but as technology has developed over time it’s become less of a burden for those working on Console/PC games. However, with the emergence of mobile games (and restrictions of certain ‘stores’), this issue has once again reared its ugly head… or perhaps I should be the optimist & say this ‘unique challenge’ has once again reared it’s ‘special’ head.

Interestingly enough, the previous mobile game I worked on (mentioned in the first article) didn’t mind if we went over the allotted 20mb limit for 3G downloading. However, the developers at Hidden Variable Studios made it absolutely clear that they wanted to keep the whole game under 20mb.

After looking at the proposed asset list & discussing the audio ‘budget’ (around 3mb for all of the Audio) it became clear that this was a case of quantity or quality. I always tend to favor quality and as the game progressed it just so happened to work out that many of the proposed audio assets were not needed. This gave us room to use a little bit higher quality audio files. In addition, working with people who had a clear vision of what they wanted really helped me develop the appropriate audio necessary in a timely manner.

Specifically the SFX were bounced at 16/22 (mono .wav) & the Music at 16/44.1 (stereo .wav), but then compressed in Unity. Not absolutely ideal, but still pretty good and ultimately effective for the game. Also, there are issues when looping with Mp3s so fortunately (with a little tweaking from the Programmer) we were able to use features in Unity to create seamlessly looping music with .wav files.

This is always a tricky one for anyone working in audio for media, as the sound/music really sells the visual. There are a million different directions to go in and you have to be aware of how other people perceive sound (more detail on this in III). With that said, the artwork for ‘Bag It’ was fantastic and really helped me when developing the appropriate mood with the music.

Fortunately, the CCO I worked with directly already had a good idea of the feel of the music they wanted (even some instrumentation too!). So building the rough foundation was rather easy… especially when considering one of the reasons they decided to work with me was because of the spec demo I submitted. So identifying the elements we wanted from my piece and other music (in a similar style) was quite painless. 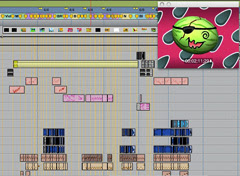 After collecting all of the appropriate instrument colors for our foundation (Pizzicato Strings, Acoustic Guitar, Piano Synth, French Horn, & Light Percussion) it was time to discuss the role our music was to fill in this game. ‘Bag It!’ is a challenging, but light-hearted game driven by unique characters. We knew that the SFX would help identify the characters & realized quickly that the music should play a supporting role during game play. However, during the menu we needed the music to be a bit more active & engaging… thus there was more liberal usage of melody.

Furthermore, although we backed off on our usage of melody during the game play music, we decided that it should be semi-interactive. Realizing the constraints of our platform & the feel of the game, we decided on a simple approach that allowed the music to develop ‘organically.’ Essentially it is one single piece of music (30s long), however we don’t hear the ‘big picture’ until the 2nd layer comes in. So, about 30s into playing (by then the pace has picked up a bit) you’ll hear a more active & engaging piece of music.

However, I would also like to note that our original intent was to include 3 different layers in our game play music system. Unfortunately, this would put us over the 20mb limit, so we restricted it to 2. Perhaps this will change as more downloadable content is made available.

I recommend buying the game to hear the ‘music system’ in action (beyond my normal bias & the fact that it’s quite fun); however I’ll also supply a link below to our trailer, which happens to feature a decent chunk of the music used in the game.

III. Being Aware of Other People’s Perceptions of Music

Iterations are a part of life and business in every corner of the world. Trying new things, developing new ideas… it’s how we grow. With that said, I highly recommend having multiple iterations be a part of your initial bid/contract as they’re inevitable and you’ll thank yourself later.

Previously I mentioned the importance of being aware of how other people perceive sound. This is especially important when working with producers who are extremely involved in the process and enjoy experimenting.

On this project I was fortunate to work with a CCO who not only had a good idea of what he wanted, but knew how to speak music (or at least express the ideas he couldn’t explain with musical terms). However, there were a few cases of miscommunication based purely off our different perceptions of music.

In one such case we were having an issue identifying elements of our main theme that sounded a little to ‘childish’ for the feel we were going for. Since I was creating the tracks based almost purely off our references it was hard for me to identify what our testers considered ‘childish,’ as that critique had not come up before when reviewing any of those reference tracks.

Eventually, after a little discussion back and forth, we found the culprit in a Pizz. String Harmony and octave doubling with Glockenspiel on the second pass through the theme. It seems so obvious to me now that I look back at it, but why was it difficult at the time?

Well, the reference tracks included Glock/Pizz. String Harmonies, but not that high in their register & not so exposed. The solution we found was to continue playing the main theme in its original range on the Piano Synth, but with Arco String accompaniment, a Guitar doubling underneath, and no Glockenspiel up top on the 2nd pass through. This helped move the piece forward while achieving our goal of keeping the piece light-hearted and playful, but mature. 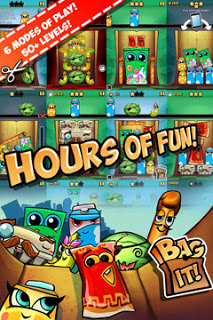 As mentioned in the italics at the beginning of this article, this is by no means a complete list and I’m still a young professional with many ups/downs ahead in my career, but nevertheless I believe this information can be beneficial to many composers no matter their experience level. Thanks for reading and keep composing fellow artists.