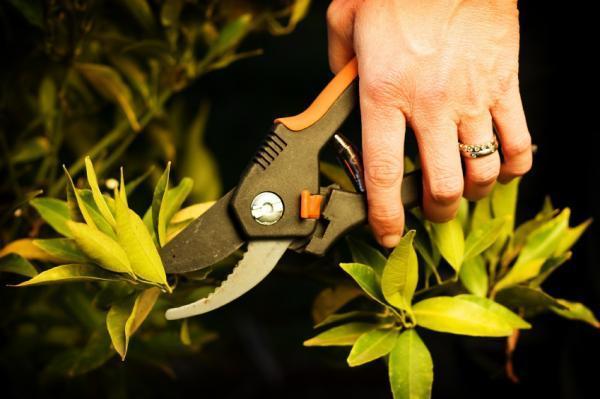 Some old tracks being pruned today

Unlike most stock music libraries, here at Shockwave-Sound.com we
actually remove some tracks. We consider the track’s age, its sound, its
production, its sales and its genre, and a few times per year we
“prune” some oldies that we feel we are replacing with more fresh new
material.

Why do we do this? Because it’s central to our mission and our whole way of business, that our site does not start to “sound old”. Remembering when we first started out in 2000, there were already some libraries out there with a lot of music that “just sounded old”. We refuse to become one of those. So we remove old tracks.

Keep in mind that we add much more new material than we remove old material, so the actual size of our online catalogue is always increasing.

We’ve been doing a little bit of housecleaning, and here are the tracks that we are saying goodbye to today:

Some older tracks being pruned today

This month we have added a huge amount of new music to Shockwave-Sound.com. As per our tradition, we follow up by removing some old tracks. We call it “pruning the catalogue”.

Why do we do this? Because we made a decision when we started this business back in the year 2000, that we would not turn out like other old, established music libraries, having thrived for 15 years, to still be selling that 15 year old music and thus starting to sound outdated. For this reason we pro-actively hunt down tracks in our catalogue that have existed on our site for a long time and have fulfilled their potential and outplayed their part in our business. We are committed to keeping the catalogue fresh.

Rest assured, we add at least 10 new tracks for each old one that we remove — so far, anyway. So, our catalogue still keeps growing at an immense speed, even though we are removing some old tracks.

Today we are saying goodbye and thank you to the following tracks:

Saying goodbye to some old tracks… I guess we are probably the only stock music site that actually removes old tracks. We always set out with the aim that our catalogue should be fresh and up to date – also12 years after we launched. Too many other music libraries have fallen for the tempation to just let their catalogue grow and grow, keeping all the old music as well as the new music (or in some cases, not even adding new music, just keeping the old stuff) which, after some years, inevitably leads to the music catalogue starting to sound outdated.

Here’s a list of the tracks that were removed / pruned today:

Of course, we have also added many, many brand new tracks. Probably 10 times as many as those listed, over the past month alone. So even though we are removing some old tracks, the number of tracks to choose from in our catalogue is still increasing fast every month.

Some older tracks getting pruned today…

Every week, of every month, of every year, we add new
music to Shockwave-Sound.com. We’ve always deliberately set out to be a
place without “old, outdated music”, so in parallel with adding new
music all the time, we also remove some old music.

It’s a bit
melancholic. Some of the following tracks have been with us for many
years and some of them have been customers’ favorites and made
part of the staple of quality music here at Shockwave-Sound. But it’s
time for these “oldies” to make way for new music coming out. It’s not
that we don’t have the “space” to keep the old music on our site. It’s
just that we deliberately don’t want too much old music on our site.
We want our catalogue to be fresh and updated. If a track has outlived
its natural shelf life, even if it’s a good seller, we “prune” it (e.g.
remove it) after a few years.

The following tracks were
removed today. Some of them were composed and produced by me personally
(Bjorn Lynne), back in 2000-2005. It’s sad to see them go. But I’m glad I
made them, and I’m glad that they have been part of what has made
Shockwave-Sound.com so successful through the years.

So it’s goodbye to the following tracks:

When music tracks are removed from our catalogue

I wanted to write a little note about what happens when we remove a track, or several tracks, from our catalog of royalty-free music and why this is sometimes done.

We like to try to keep our catalog fresh and current. When we started Shockwave-Sound.com back in March of 2000, there were some stock music companies out there still selling music from the 1980’s. This really gave us an edge over them, because while they were selling music that sounded dated, we sold fresh, new, contemporary and up to date music

It is now 10 years on, and we are acutely aware of the dangers of going into the same trap as those guys with royalty free music from the 80’s. In another 10 years, we don’t want to be selling music that’s 20 years old. For this reason, we will always “prune” our catalog and we will occasionally remove tracks that are either getting old, and/or haven’t made any sales for a long time.

From time to time, the composer himself may choose to have his music removed from our site. Most of the music we have online is signed to us on a non-exclusive basis, which basically just means that the composer is “lending” us the tracks and we pay the composer a royalty for each time the track is sold through our site. This non-exclusive contract has a minimum term of one year, after which either party can decide to end the contract.

Although it’s pretty rare, it has happened that a composer decides to have his music withdrawn from our site and do something else with the music instead. For example, he may have received an offer to sell the tracks completely to a production company, or been offered a contract to release the music on a CD album through a music publishing company. If a composer asks to have his music removed from our site, we obviously comply with this, so long as the one-year minimum term has been fulfilled. For example, this week we removed all stock music tracks by David Leckenby on his request – which is what prompted me to write this article.

But what happens to the lifetime license if you’re already licensed a track from us, and that track has now been withdrawn from sale? Don’t worry: Your lifetime license is safe. As part of the written contract that we have with each of our composers/contributors it is specifically stated that all licenses that we sell through our site shall last in perpetuity, even after the relationship between the composer and our company has ended, and the track has been withdrawn from sale. So if you’ve licensed a track from us last year, and that track has now been removed from sale, the license you already purchased is still good, and it will be so, in perpetuity.