Mixing as part of the music composing process, Part 2 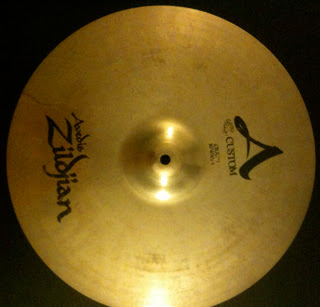 In part 1 of this 2 part series, the idea of combining the mixing & composition processes were introduced… “Pre-meditated Mixing” if you will. Many of the potential benefits were laid out and even a few arguments on when it may not be practical. Furthermore, a hypothetical Game Audio example was introduced and we went through my thought process for the track before a single note was played.

This article is dedicated to explaining how the track was created, why certain decisions were made, and reinforcing the idea that “Pre-meditated Mixing” can be quite beneficial.

“If I was playing a fictitious/high-fantasy game as the great explorer “Marco Polo” while he wondered through the borderlands of Mongolia/Northern China on a foggy night… what would that sound like?”

I answered this question in as much detail and to the best of my abilities as possible before touching an instrument so that I would have a better understanding of how to approach the track and accurately express that which is most important. However, like many things in life, once I “jumped” in it was easy to see which ideas worked great, others that needed slight alterations, and in a few cases which ones needed to be removed or changed completely. Even though I didn’t stick “true” to all of my original thoughts, I believe the end product is better for it and reaching that point would have been much more difficult if I didn’t have a foundation to work from. With all of that said, lets break this track down into “digestible” chunks. Form/Structure, Harmonic/Melodic Material, Instrumentation/Orchestration, and last but certainly not least… Mixing choices.

In the previous article, I had hinted that this example track would follow a standard dynamic curve that could easily be found in many different games. The only difference in this track, is that I had to accomplish that within a few minutes, whereas if this were to be composed for an actual game, each layer would be a few minutes long, loop-able, and have different “cue-able” sections that interact with one another based off of the player’s choices. With that said, I decided to structure the piece into 3 main sections building to an overall peak: Ambient/Mood, Exploration, & Action with a happy resolution at the end.

The Ambient/Mood section starts from the beginning of the track until about :36 where there is a transition to the Exploration section. The Exploration section starts around :36, but doesn’t technically end until 1:28. However, between 1:11 – 1:28 there is added tension and increased pace to suggest we’re about to discover something BIG. This short passage can kind of be considered as an extended transition… perhaps something that would be used during a structured game sequence or within a cinematic.

This means that from 1:28 until around 1:46 we have the Action section. This could be used for combat, intense platforming challenges, etc. Near the very end I decided to end on a happy note to possibly suggest a resolution to whatever action just took place. The ending you’ve heard says “Congratulations, you lived through it!” however it could easily resolve to something darker if the player failed in their quest or perhaps died. As a side note, the track never changes tempo (in part for “syncability” within an interactive music system), but the intensity increases over time using many of the “tools” I’ll discuss below.

In all honesty I could talk about Harmony/Melody all day, but we’re not here for a theory lesson. So, I’ll just quickly describe the most important parts in this piece and why I think they accurately express our overall intent.

Harmonically this piece develops over time as we transition between each of the sections described above. Starting at the beginning of the track, our focus is around “E.” Because there really isn’t an identifiable “chord” happening during this Ambient section, yet we focus on “E” I consider this section as a static build on the Dominant. Melodically the most apparent thing in the Ambient section is the female vocal part.

If the Ambient section is considered a Dominant Prolongation, this would then imply that our tonic is “A” (specifically A Minor), which is exactly where we resolve transitioning into the Exploration section. It is at the beginning of this section that we hear fragments of Marco Polo’s theme in the piano. Harmonically it hovers around A minor until the second repetition of Marco’s theme when both the melody and harmony adjusts to G minor (specifically 1:02).

During the passage we identified earlier as an “Extended Transition” (1:11), the harmonic progression reaches it’s entirety. Specifically it moves between: Am, CMaj.b5, D13, Gm, B+7b9 :

Marco’s Theme and our entire Harmonic progression repeats in the Action section (although the parts are distributed differently). The only change comes at the very end when we resolve to E Major. An Authentic Cadence for the “B+7b9” and a resolution that sets us up for a repeat back to the Dominant Prolongation in the Ambient section at the beginning of the track.

If you’ve read through the previous article, then you’ll have noticed that a few additional instruments were added in this track. I did so for two main reasons…

The first being that the piece “called” for additional instruments to enhance the emotion in the piece and the second being that I just bought all of Impact Soundworks libraries and wanted to test them out! (My hat is off to those guys for creating some great sounding libraries at an affordable price).

The additional instrument choices I made were: Koto, Bass Koto, Ambient Patch, Metallic Hits (All ISW!), Piano (NI), and a solo female vocalist (Bulgarian from EWQL Voices of Passion).

I know some of the more clever composers out there right now are saying… “But Hey, wait a minute Kole. The Koto is a Japanese Instrument and Bulgarian vocals… What!?” So, if you’ll allow, let me justify these choices.

Even though the Koto is a Japanese instrument, the Chinese have something similar in the “Guzheng.” However, the other (and main reason) for choosing this instrument was because I needed an “exotic” replacement for the guitar. As you’ll hear in this piece, the nylon guitar is sparse, but Koto is present in quite a few sections.

I chose the female Bulgarian vocals, because they helped intensify the emotion in the piece ten fold. Sure, it’s not traditional Asian Folk vocals or Italian Opera, but (to me) it kind of sounds like a possible mix between the two… both evoking the spirit of Marco’s Italian roots and the exotic flair of this new land in Northern China.

As I mentioned above, the guitar didn’t play as big of a role in the piece as I had originally thought, so I needed the Koto. Likewise, I introduced the piano as a replacement to represent Marco’s side.

Last but certainly not least, lets go over some of the mixing decisions that were used through the piece. To keep it organized, we’ll go by sections again.

I felt that the mixing decisions in the Ambient layer were the most important, as they set the mood for the game state and must create tension without adding much movement. A gradual fade over all of the instruments at the beginning is helpful when trying to introduce music without being overly invasive (especially important in a game where so much focus is probably being placed on other tasks). The Hulusi is gradually panned from left to right to help create motion without directly adding any more notes. As mentioned in the previous article, the overtone vocals have been equalized so that the majority of the sound coming through is the overtone rather than the fundamental. It was also very important that this beginning ambient section felt like it was in a huge room to unconsciously impose the enormity of the situation the gamer would currently be in.

At the beginning of the Exploration section, the Koto playing tremolo is being panned from left to right a bit faster than the Hulusi originally was. If you remember from the first article, this is a role I originally assigned to the guitar, but decided that the Koto’s timbre would fill better. When mixing the strings together, I decided that a more intimate recording was necessary (as I wanted to hear the bowing better). So, I chose to use & boost the “Close” mic positions for my EWQL Orch. strings. This is most easily heard when the Cello/Double Bass are playing the Melody together around 1:13.

In the Action section, the acoustic guitar’s presence is felt the most (although it’s not the focus). It’s a simple arpeggiated chord progression played in unison between the guitar, koto, and bass koto. We had so much motion in the section before that I wanted to continue (yet vary) that motion. Furthermore, the panning in this section allowed the strings to play the melody/bass in their respective areas as the arpeggiated line and female vocal fills sat comfortably in the middle.

Lastly, I would like to discuss the way I mixed the percussion in this track as it applies to each section. I originally mentioned that I would like to have a Taiko control the momentum of the piece, but quickly found that a single Taiko recording was too small and didn’t capture the essence of the piece. So, I created and mixed together other Taiko/drum samples from different libraries to create a “Big Drum” Hybrid sound. This included some of the metallic hits I mentioned earlier from the ISW libraries.

This concludes part 2 and the entirety of “Mixing as Part of the Composition Process.” I hope you’ve taken something away from these articles and will try out “Pre-meditated Mixing” when writing your music in the future. Remember to listen to the example I composed (link located at the top of this article) and keep composing fellow artists!