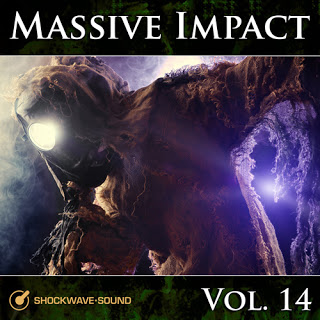 Here at Shockwave-Sound.com we are proud to be able to announce a new major release this week: Massive Impact, Vol. 14 – a collection of 10 epic, soaring, cinematic tracks, recorded with actual live philharmonic orchestra.

It’s not every day that we are able to release an album of real orchestra recorded music, because recording music with a live orchestra is complicated, difficult, time consuming and expensive. To be honest, you won’t find real orchestra pieces out there as stock music / production music at all. Not only because there usually isn’t enough money in the licensing opportunities, to justify paying for the recording sessions. But also because the people with the skills to pull off a real live orchestra session — preparing it, arranging it, recording and mixing it, just do not tend to be working on production music / library music.

So it’s not without reason that we are pretty proud to be able to release some exclusive, real orchestra music now and then. We do this maybe once a year, and this time we’ve arrived at Massive Impact Vol. 14. The 10 tracks featured on this album were composed by Iouri Sazonov (aka Yuri Sazonoff) and also feature a live human vocalist (a beautiful soprano voice) singing along with sampled choirs. We hope you enjoy these tracks. By the way, each track is also available to license individually, not necessary as the full album.

Over the next couple of days we’ll be publishing an article with a bit of an interview with Yuri, some insight into the orchestra recording preparation, and some photos from the recording sessions. Keep your eyes on this blog for more on that, coming up soon.