Focus on classical music this week 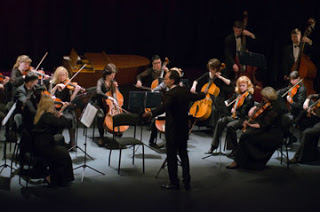 Why? Because hiring an orchestra, with studio time and engineer, is extremely costly and time consuming. It’s a process that requires meticulous planning and preparation and costs “a small fortune” to get it done.

In the “stock music scene” there have been various sources of so-called royalty free classical music, of dubious origin. On some “free for all, self-uploading” websites, you can find classical music recordings that almost certainly don’t actually belong to the person who uploaded them, but rather sourced from some published CD, and belonging to another company.

If “some guy” is uploading fully orchestrated recordings of classical masterpieces, you need to ask yourself if that guy really spent the time, effort and money (possibly several hundreds of thousands of dollars) on getting that music recorded, so that he could sell it for $15 at a stock media site that allows a free-for-all self-uploading of content for sale. It goes without saying, that recording is not going to be safe, copyright wise.

Here at Shockwave-Sound.com we have also been exposed to these “unsafe” recordings, likely to be copyrighted to some company who doesn’t know that their recordings are being uploaded to stock music sites.

Instead, we focus on getting a smaller volume of recordings done, but to have them done from scratch, exclusively for our company. At the time of writing, we have 74 such exclusive classical recordings that we ourselves have organized and got recorded for us on a work-for-hire basis. We are adding to that regularly, so by the time you read this, we may have many more. These recordings are not for sale through any other stock music / royalty-free music website.

This week we decided to put some of these tracks together onto CD-collections. We have released 4 new Royalty-Free Classical Music albums this week, with the following track listings: 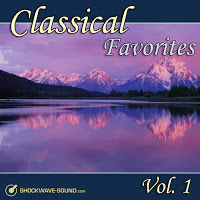 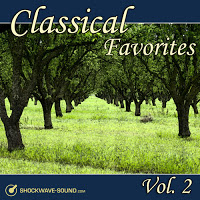 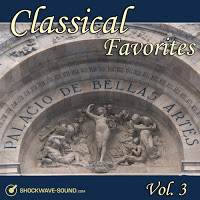 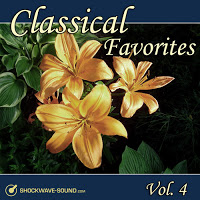 Classical Favorites Vol 4:
Those were the 4 new releases we’ve put together this week. We already had the individual tracks in our catalog and have been acquiring them over a longer period of time, but it was only this week that we put them together into “CD-collections”.
From previously, we also have these two: 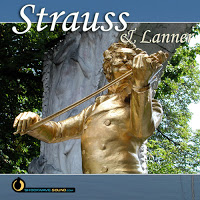 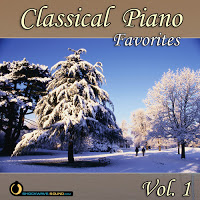 Classical Piano Favorites, Vol. 1:
We hope you enjoy the music, safe in the knowledge that they can be licensed for use in media and in public, without fear of copyright infringement.