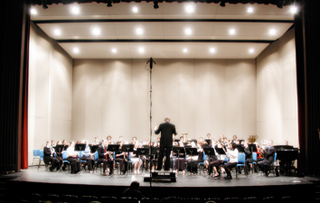 The state of royalty free music / stock music has come a long way since the rather bland, generic sounding electronic tracks of the 1980’s. As the music library business has “grown up” so to speak, the talent, effort, time and money put into library music recordings have increased gradually.

We are now at a situation where some of our stock music actually features real live philharmonic orchestras. We think it’s pretty amazing. We took in 5 new such real live orchestra tracks yesterday and that’s what prompted us to write this little article – even though it’s by no means the first time we have this type of content in our catalog.

Of course, we already have a huge catalogue of classical music featuring hundreds of tracks with real live orchestras.  But increasingly, we are adding new compositions, non-classical works, film soundtracks and dramatic background music for movies, games and more, which are fully or partially recorded with live philharmonic orchestras.

Yesterday we added these some great tracks by John Herberman, and among them was this really amazing track called Vindication:


With its stabbing strings and horns, big booming timpani / orchestral percussion, this track is full of drama, guts and glory, aggression and pure fear, this track will go extremely well with an action scene, sci-fi or fantasy fight / battle, or all-out war. It will make the hairs in your neck stand up straight. If you want to license Vindication for use in your production, follow this link or just search for it by title.

Another track with perhaps a more “longing” sense, of dark drama, intrigue, intensity and orchestral climax, is this track called Return of the Warrior:

A truly beautiful track featuring real live orchestra, fragile string sections with grand, swelling crescendi. If you’d like to license this track for your film, game or other projects, follow this link or just search for it by title.

Moving on, we have this much softer track, of amazement and beauty: By Golden Pond:

Again, recorded with a real live philharmonic orchestra, this beautiful and poignant track will go well in a family movie, romantic drama or other touching, personal or thoughtful stories. I can’t imagine a better track for, say, a charity appeal or a cosy, touching, childrens story. If you would like to license this track
for use in your project, follow this link or just search for the track by its title.

But John is by no means the only one who’s done tracks with live orchestras.We already have the team of Dick De Benedictis (famous TV- and film composer for many years – check out his page at Internet Movie Database) and Thomas Stobierski, some 50 years his junior. Together they combined the classical, orchestral skills of Dick with the hi-tech, electronic, cutting-edge sound of Thomas, to create some pretty awesome music that crosses over between real live orchestra / Hollywood sound and the gritty, edgy sound of today’s hip-hop, electronica, industrial and funk music. Here are some of their great tracks:

Those are two of the many great orchestral / edgy crossover tracks by De Benedictis & Stobierski. To see their full track listing – a lot of great tracks for science fiction, action, sports and more – click here.

In this blog post we’ve given you a small taste of the many different royalty-free tracks we have that utilize the dynamics and power of the live orchestra. You can’t really beat it with synthesizers and samplers – even though, I admit – you can get pretty close.

For a full overview of live orchestra recordings, see the Classical Music section, and also try these search terms in the search box: Live orchestra , Real orchestra , philharmonic orchestra, orchestral (the last one there will also bring up tracks made with samplers and synthesizers approximating the sound of symphonic orchestras.