Adam Skorupa originally became a Shockwave-Sound.com music composer / contributor because he happened to be a friend and musical collaborator of Shockwave-Sound founder and creator Bjorn Lynne. Ever since our beginning back in April of 2000, Adam’s music has been available for licensing here, and we felt it was about time we pestered him with some questions about music, life, royalty-free music licensing and what ever else comes up…

Click here to listen to some of Adam’s music while you’re reading this interview:

Adam, you’ve been a part of Shockwave-Sound.com ever since the beginning, back in 2000. Was that the first time you were ever involved with any stock music / royalty-free music licensing, and that way of making your music available for use by media producers?

Is it 12 years already? How the time flies. Indeed, Shockwave-Sound.com was the first site, where I’ve had an opportunity to share my work, and after all this time I can state with utmost certainty, that it’s the best site I’ve ever had the chance to collaborate with!

The vast majority of the tracks I’ve placed in your stock music library were composed with this purpose in mind. When ever I’m not working on any commercial projects, and I feel like composing something, I tend to visualize various images which I’ve always wanted to illustrate with sound, but never had an opportunity to. The resulting compositions, in my opinion, are well suited for use in commercial ads for cars, leading edge audio equipment, as well as social networks, community activities or war reports. When they’re being placed in your library, I discreetly hope that your customers might use those tracks in the same context, as the one they were composed in.

Sometimes (but very rarely) I also upload tracks that were originally composed with a particular commercial product in mind, but which in the end, for a variety of reasons, ended up not being used for that project. It would be a great shame to stash them away, because I believe them to be good compositions, which might turn out perfect for utterly different projects (most artists hate stashing away their work).

You are a prolific composer and producer in many different genres and styles (one of my all-time favorite tracks, from any artist, at any time, is the deep techno-trance Hypnosphere). Is there a particular genre of music that you most enjoy working with? Or that you feel you do your best work? 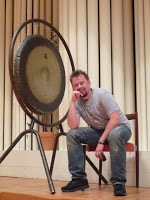 I love challenges, and therefore I often test my skills with yet unfamiliar musical genres. It’s such a great feeling to be able to say about the resultant track, that “it’s not my style… and I quite like it”. Such versatility is obviously also quite desired, when one wants to become a professional, making their living only through composing music. Countless times I was in such a situation, that one day I needed to compose a hard rock piece, and the next day the same customer asked me to prepare for example a children’s lullaby, and then upon completing it, I had to start working for example on a club trance track.

In reply to your question about which genre I most enjoy working with, it’s most certainly film scores. It’s a special genre, which includes almost everything that I love most. First and foremost: orchestral sound, which is the best medium to relay feelings. On the other hand, film score arrangements always leave the composer with complete freedom. The entire rhythm section may be electronic or rock, or even, for that matter, ethnic. It’s a great genre, which enables me to combine all the styles that fascinate me the most at a given moment in time.

Yes, it happened a couple of times actually. I have heard my music in game trailers, television commercials, shopping centers, and even iPhone games. Every time it happened, it made a mind-blowing impression. I felt proud, that someone wanted to use my music for their project, because for me this was proof, that someone truly liked it!

Besides obviously handling samplers, synths and keyboards with great skill, do you ever record live performed instruments in your compositions? If so, which instruments and who are the performers?

Recently I had a chance to record with a 150-piece live ensemble (full orchestra and double choir). See how it sounds:

There are times, when I work with smaller orchestra ensembles (mainly strings). I also record vocals (despite the fact, that I do not compose songs, I often need some forms of vocal expression in my work). I also quite frequently collaborate with my friend, Olek Grochocki, who’s an absolute master of the guitar, and is able to play any genre to my heart’s desire.

Let’s do a different twist on the “5 island albums” where you would normally tell us the 5 CD’s you’d take with you to a desert island… Let’s instead do it with music production hardware and software. If you could take only 5 items of music production tools… hardware or software… which 5 would you bring?

Your best-selling track here at Shockwave-Sound.com over the past year is this track, Familiarize. Do you have any explanation or thoughts about why people seem to go for that track and want to use it in their media projects?

Perhaps simply because it’s good? 🙂 But seriously, I think this track is so popular, because it’s so uniquely universal. It may be received as very affirmative (bringing hope, showing the good aspects of life to date), as well as sad (nostalgic, melancholic). Its arrangement is quite modern, which enables it to be used for example in leading edge hardware or revolutionary technology presentations. In general, this track may simply be associated with everything you can imagine. I would also hereby like to ask those, who have used this track in their productions, to send me a link via e-mail. I’m dying of curiosity, wondering how it was used in practice!

How come you ended up as a composer/producer, and not something completely different like a plumber or a fireman, or anything else? What brought you to a career in music and making a livelihood as a composer? That is a dream for many, but few, very few, ever manage to realize it. Did you always plan on being a composer/producer? 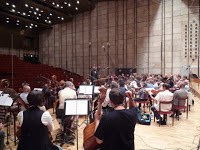 I was simply very lucky, and ended up in the right place, at the right time. I almost became an electronics engineer, because that’s what my education was leading to. Fortunately, I came across the right people, who saw some potential in me, and supported me when I made my first steps into composing music. 🙂

I know that you also compose a lot of bespoke music, in other words, compose music especially for unique / individual projects, such as short films, TV commercials and video games. Can you name some of the most interesting projects you have worked on; where we may hear your music?

I’m probably most recognizable thanks to my work on the soundtrack of “The Witcher” and “The Witcher 2” games. If you’d like to, please have a look at the latest trailer, which includes my compositions as well: www.youtube.com/watch?v=PwUAv-SSZqw. I would also like to recommend a very emotional short animated feature, called “The Kinematograph”: www.youtube.com/watch?v=fwYToSP8V8o. It made me very proud to be able to participate in the development of a film devoted to international promotion of Poland and its culture. I was honored with a chance to compose a track for an 8-minute animated clip depicting the history of Poland: www.youtube.com/watch?v=qr6Q0BpmyG0. I am also the author of music used in a clip that was made to promote the beginning of Polish presidency in the European Parliament: www.youtube.com/watch?v=0YYHekN7qco&feature=fvsr.

Most certainly. If you’re reading this interview, and you believe that my work fits your requirements, do not hesitate to contact me via Shockwave-Sound.com

We thank Adam for his time and his insights.. but most of all for his great music!(c)2012 Shockwave-Sound.com. All rights reserved.

From time to time we get whiff of a project where we think our music is part of something really pretty cool, so we want to brag about it a little bit. 🙂

Aralon: Sword and Shadow HD is a role playing game for the iPhone and iPad that looks and plays more like what we’ve got used to from the PC, X-Box, Mac and Playstation over the last few years. Developed by Crescent Moon Games, Aralon features HD graphics, lots of quests, character customization, mounts, dungeons and caves and pretty much everything you’ve come to expect from a good quality fantasy RPG. There’s a full inventory system, various fighting techniques and you can play as a Human, Elf or Troll.

Crescent Moon Games licensed royalty-free music from Shockwave-Sound.com including the fantasy / medieval style music track Fairy Winds composed by Bjorn Lynne and several others for this great iPad game. Check it out in the Apple App Store:  Aralon: Sword and Shadow HD