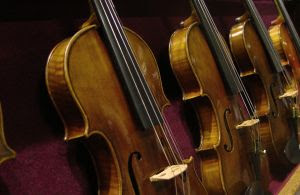 Some new music subgenres at Shockwave-Sound.com

Those of you with a keen eye who are regular users of our site, may have noticed that over this weekend we have added several new music sub-genres under the “Film scores / Soundtrack” main genre.

When we first started our site back in April of 2000, it seemed like more than enough to have “Film scores: Action/Urgent/Battle” and “Film scores: More subtle, low intensity backgrounds”.

However as our music catalog has grown tenfold many times over, we felt that we were getting too many tracks in each of those genres, and too many different styles & moods of cinematic underscores displayed together in a single genre. So after thinking about it for a while, we came up with the following new sub-genres:

In this genre you’ll find highly melodic and “theme like” tracks. These are tracks that have a strong identity and presence, and are often suitable for use in an opening sequence, intro, or other use where it’s okay for the music to be “up front” and carry the listener’s attention. These tracks are usually not so suitable for “background” use.

Here you’ll find music of a very dramatic nature, often with great contrasts between low-intensity, sneaky, dangerous/simmering parts, exploding into bursts of hell raising action and destruction. These tracks tend to be reasonably short and made to fit a trailer, such as a movie trailer, game trailer, TV show trailer etc. Most often these tracks are done in an orchestral arrangements, but some also use techno, industrial or hard rock elements mixed in with the otherwise symphonic sound – for extra power and grit.

These are low-intensity background tracks that are made to accompany scenes of loss, death, personal tragedy and melancholy. Perhaps also longing and despair, but in a rather low key style.

Here you’ll find a lot of music that’s suitable for background use in films and stories about personal experiences, life lessons and contemplation. It’s a little bit hard to put words on exactly what this music sounds like or what emotions it brings out, because this music is neither very happy or very sad, but instead tends to work well as a musical background for when you want your viewers to connect with the people in your scene, and not so much about the music. If you have a scene about someone examining their life or having a conversation about personal issues, this is the genre you should be browsing for music.

Well, the name of this sub-genre says a lot, really. Here you can find music that will go well in scenes of amazing discoveries, explorations of new worlds and strange lands, contact with strange creatures and unfamiliar places. The music tends to have a subtle “oh.. wow..” factor and is made to illustrate feelings of awe and amazement – in a positive way, mostly. This music is very useful for childrens & grown-up films alike, as well as fairy tales and perhaps fantasy and adventure games, when you want to convey a sensation of discovery and exploration.

Use this music when someone is trying to figure out something. Brain cells and computer analysis working overtime to solve a crime, solve a riddle or put together a puzzle of some sort. We imagine this music to go well in things like criminal investigation programs, documentaries, forensics and forensic investigation. Data analysis, fingerprint and DNA databases, working out a trail of clues that may lead us to the answers we’re looking for. The music tends to have a mystical undertow, and often with a rhythmic element to give the sense of passing time and moving, scanning, updating and processing information.

This is the genre that previously used to be filed under “Ambient: Dark Ambient” here at Shockwave-Sound.com. This music is very dark and tends to represent a combination of musical elements and Sound Design elements. There may be scraping textures, twitching dark strings, distorted fragments of textural pads, etc. Deep, dark and distant drum booms and eerie, creepy tinkles and swirls. This music goes well in horror films, horror games, dark scifi material, thrillers and chillers, where you want to instill a sense of fear, unease and claustrophobia.

This is the place to look for music to use during chase scenes, battle and fighting and so on. The music tends to use either orchestral / symphonic arrangements, techno / big beat styles, or a combination of both. High intensity, high energy music, often with a staccato rhythm to convey a sense of anger and determination.

These are “fanfare” like compositions that are meant to illustrate scenes of success, triumph and victory. The music has a rousing, exhilarating sense and will go well with scenes of conquering, overcoming, winning or reaching one’s peak. Or, succeeding in struggle or armed conflict.

In this sub-genre you’ll find music that go well as background/underscores for sitcoms and light hearted films, games and other media. Not exactly slapstick or laugh-out-loud, cake in the face type of comedy. We have another genre for that (Look under “Children’s & Comedy music“). These “Playful, lighthearted, whimsical” underscores are more low-key, music that’s not noticed so much, but is there to provide a subtle, light, backdrop to scenes of mild comedy or light content.

Basically, this is where you can find music for love scenes and declarations of eternal love and devotion. But more than that, really. Many of the tracks in this genre also go well with other emotional and touching content, such as mother/child love, worthy causes and charities with heartening and heartwarming stories to share, and more.

In this section you’ll find music to use with undercover cops, spies and spy hunters, secret missions, covert operations and James Bond / Mission Impossible type “Undercover” footage. Whether your hero is getting away in his custom built car, or sneaking into that old abandoned warehouse to avoid the evil henchmen, or just being “fabuolously” dangerous, this is where you can find the music to go with that scene.

Developing this new set of sub-genres for soundtrack music was a genre because we really didn’t want to have to create too many sub-genres. Presenting users with a huge list of sub-genres to search for music, we felt, just made it more difficult and more “thankless” to start the music search. On the other hand, we felt we had to create enough different sub-genres to avoid the problem of too many different styles of music being bunged together in a single genre listing. We spent a fair amount of time considering the new sub-genre structure and in the end, I feel that we got the balance pretty much right. We hope you’ll agree, and that you’ll find it pretty easy and clear to see which categories you should be browsing to find music for your scenes, be it a film, web presentation, short film, video game, interactive application, etc.