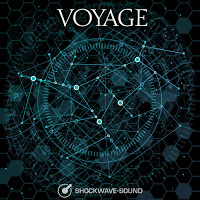 Spotlight on our latest releases

Hi all, I wanted to take a few minutes this Friday afternoon to present our latest three CD-collections!

Voyage is an amazing musical journey into strange worlds, somewhere between the distant past and the near future. This semi-orchestral, detailed and creative soundtrack contains 15 intriguing tracks with a sense of curiosity and amazement. These tracks can work exceptionally well for sci-fi and steampunk, as well as for things like industrial presentations, commercial projects, factories and space discovery – and much more. This is master composer Francesco Giovannangelo’s third album for Shockwave-Sound and we are completely mesmerized by this cinematic music. 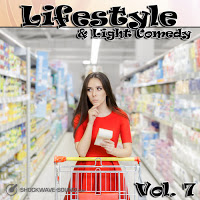 Lifestyle & Light Comedy, Vol. 7: is an album of subtle comedy or everyday type music. This style / sound of music is popular in much of today’s reality TV programming, be it slightly amusing stories of real people going about their everyday troubles, or “fly on the wall” type shows, quiz shows and more. The music has that lighthearted feel, but also with a sense of sincerity — a playful honesty. I can also imagine this music being highly useful in things like home improvement shows / house makeover shows, interior design and much more. Composed by John Starcluster. 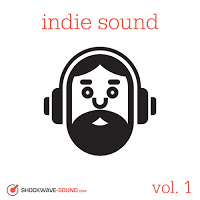 Indie Sound vol. 1: We already have another series of albums called “Indie Rock”, but we wanted to start a new series of music that has that Indie sound, but isn’t clear-cut rock. This album features 10 fun and cheeky tracks with an indie sound reminiscent of Kings of Leon and many other indie pop / indie rock bands. The music has a slightly fun / careless / freaky sound, and can go well with Hipster type content, fun days with friends. It’s all very slightly “unhinged” which gives it a really nice edge for use with quirky commercials too. Composed by Fab Claxton.