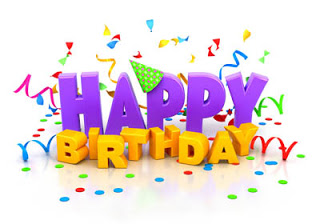 The Happy Birthday Song (Happy Birthday To You) is one of the most famous and most used, most sung compositions in contemporary history. Despite this, you haven’t been able to find this song / melody as a royalty-free music download anywhere, until now.

Why? Because the melody itself has been in copyright. Or at least, somebody claimed copyright in it. And when the melody itself is in copyright, you can’t use this melody for any kind of distribution or public performance, not even if you record your own version of it, without paying royalties to the owners of the composition.

For years we have been getting asked about this song here at Shockwave-Sound. Why don’t you have this melody in your library? Well, now you have your answer. 🙂 Warner/Chappel claimed the copyright in the melody.

However, in a recent development that happened throughout 2015 and early 2016, this melody has now been placed in the public domain by Warner/Chappel as judged by a federal judge.

Says Wikipedia about the Happy Birthday song: “American law professor Robert Brauneis, who extensively researched the song, concluded in 2010 that “It is almost certainly no longer under copyright.” In 2013, based in large part on Brauneis’s research, Good Morning to You Productions, a company producing a documentary about “Good Morning to All”, sued Warner/Chappell for falsely claiming copyright to the song. In September 2015, a federal judge declared that the Warner/Chappell copyright claim was invalid, ruling that the copyright registration applied only to a specific piano arrangement of the song, and not to its lyrics and melody. In February 2016 Warner/Chappell settled for US $14 million and sent the song into the public domain.”

Wikipedia further states: “In the European Union, the copyright of the song was set to expire no later than December 31, 2016.”


As a result of these developments, we here at Shockwave-Sound.com are happy to announce probably the world’s first royalty-free Happy Birthday To You recording. Composer/Producer Bjorn Lynne created two pretty simple, but nice sounding piano-only versions of this song and it is made available at Shockwave-Sound.com as of March 6, 2016.  There’s a “lively piano” version and an “easy piano” version, and both are available with or without party noises, and a funny party toot at the end.

We also have a Happy Birthday Funk version in the works, which will be made available on the site in the next few days.

If you’re in the EU, please be sure to wait until December 31, 2016 before you use this composition in public or in media projects.

If you’re in the USA, you should be able to use it right now, without copyright fears.

And if you’re in any other countries, please use information resources in your own country to determine if this composition is in copyright or in public domain in your country.