This page features our royalty-free breakbeat music and edgy dance music tracks. These tracks are available for immediate, easy licensing, downloading in WAV and MP3, and can then be used in your own media productions such as YouTube videos, TV and broadcasting, games and apps, etc. The stock music tracks listing can be sorted by a variety of methods including "Latest tracks", "Most sold recently" etc. The seamless background music loops can be used to create long playing music tracks that last for however long you need. Also found in this genre are related music styles such as royalty free dubstep, hard techno, big beat and electro-rock / rocktronica production music.

Essentially an dustup track slightly altered by the addition of a filtered guitar line. Starts with a sense of foreboding that builds into dustup drop. Breaks down into some lighter elements before building back up to the monstrous drop. Great for extreme sports and energetic action sequences as well as general mayhem and destruction. [Tempo: Medium, Fast / 128 BPM]

A glimpse into the twisted mental circuits of an alien robot killer on the prowl. Synth pads, noises and basslines overlay an edgy drum groove to make the hairs on the back of your neck stand-up. In space no one can hear you beg for mercy. [Tempo: Medium, Fast / 130 BPM]

A slow, brooding warning of trouble ahead. Has a dark mysterious but ominous and unsettled feeling to it. Simple piano lines combine with evolving strings and cool drum loops to make you grimace at what might unfold. [Tempo: Slow / 71 BPM]

Guitars and synths brutally battle it out for supremacy separated only by a soft spacey b part that lulls you into a false sense of security before the frantic duel begins again. Contains guitars, synths, strings, bass, drums. [Tempo: Fast / 147 BPM]

Unusual blend of ambient synths/drum machines and massive guitars to form a hypnotic track that picks you up and sweeps you off your feet when it feels like it. A kind of strange Electro-Gothic cross between Kraftwerk and Evanescence. Contains guitars, bass, synths, drums. [Tempo: Slow, Fast / 123 BPM]

A rough and gritty Drum'n Bass track. Down and dirty with a pumping synth bass groove. Futuristic and groovy. [Tempo: Fast / 140 BPM]

This is a contemporary dubstep / electro cue remeniscent of artists such as deadmau5, skrillex and nero. It has an energetic and fun danceable groove, catchy wobble bass, and would make an exciting track for dance or nightclub scenes, style and fashion, film, television, commercials and promos. [Tempo: Medium / 135 BPM]

An epic, cinematic trailer track with emotional strings. The track opens with large strings and effects that quiet down right before a massive hit. The main drop is a heavy hitting mix of strings drums and brass. Over the top heavy drums have a strong impact. The track continues with an epic brass progression to a final distorted hit in the end. This track will work well in video game or movie trailers, as well as scenes of battle or uprising. Proud, strong and sorrowful. [Tempo: Slow, Medium, Fast / 120 BPM]

A pulsing synthesizer sets the tone for a dark atmosphere in the beginning. Drums with a hint of bit-crushed distortion build up and then quiet down before a massive drop. The main drop hits with a huge impact of drums and low bass. Layered in electronic melody gives the track a modern and edgy feel, but keeps a serious tone. Resembles "Tron Legacy" soundtrack. [Tempo: Slow, Medium / 70 BPM]

A punchy and bass heavy electro music. A weird and funky bassline has a marching 4/4 feel. The music track breaks down into a plucky synth melody, and returns to the repetitive bass drop. [Tempo: Medium, Fast / 130 BPM]

Edgy and energetic sports & action track, which starts with a quiet intro and keeps building to a frenetic climax. Catchy guitar riff, crunchy synths and breakbeat drive the track. It has an epic feel that would rock a stadium or music festival, and also a funk influence to give it a cool factor. [Tempo: Medium, Fast / 116 BPM]

A dark and pounding mixture of rock, industrial and electronic with an irresistibly groovy guitar lick. [Tempo: Medium / 96 BPM]

A constant synthesizer rhythm builds the tension accompanied by hip-hop style drum beats in this underscore track. Suspenseful and slightly disturbing, it will work very well for action movies, video games and tv series, but also for corporate and business presentations with a futuristic feel. [Tempo: Medium / 120 BPM]

A dark and melancholic electro-ambient track with swirling synths and a powerful, pounding beat. This track has a dark side but also a hint of hope, while remaining edgy and strong. [Tempo: Slow / 79 BPM]

An aggressive dubstep / drumstep track is a contemporary cue reminiscent of artists such as skrillex, Knife Party and Nero. It's energetic, driving and gritty. It has a funky danceable groove, screaming wobble bass that stands up and grabs your viewers attention, and a reggae influenced chord progression that is a nice blend of dub and progressive dance. It's exciting, extreme and fashionable and would work nicely in advertising, extreme sports and athletic video, automotive promos, video games, tv and film and as hi energy in store or a phone on hold track. [Tempo: Slow, Medium, Fast / 175 BPM] 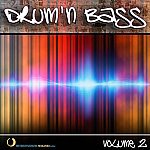 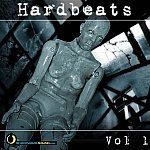 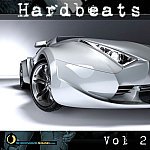 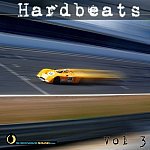 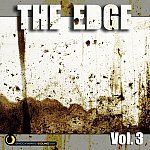 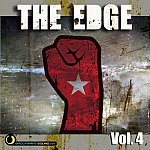 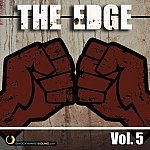 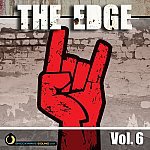