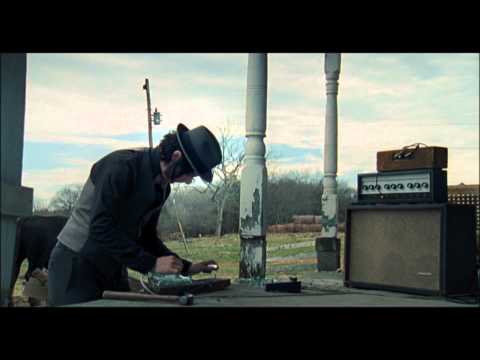 10 Music Documentaries to Binge-Watch on a Free Weekend

Many films have been made about music and the rock ‘n’ roll lifestyle of those who produce it. Here we list, in no particular order, some of the best and most successful music documentaries to hit the screen, both big and small, over the last five decades. So pick a weekend, get some snacks and beer, lie on the couch and start streaming!

Please use the comments box to add to the list and tell us about your own personal favourites.

White Stripes’ Jack White meets U2’s The Edge meets Led Zeppelin’s Jimmy Page in this American documentary by Davis Guggenheim.Sitting around in comfy chairs, these three exulted Guitar Gods chat about their techniques, influences and humble beginnings with interviews, live appearances and found footage from their early careers up to the present day.

At one point, each guitarist teaches the other two how to play one of their band’s tunes. I Will Follow (U2), Dead Leaves and The Dirty Ground (White Stripes), and In My Time of Dying (Led Zep) being the three chosen tracks.

The film boasts some classic moments for hardcore axe fiends. Jack White making a guitar in real time from a piece of wood, some wire and a broken bottle. Jimmy Page gurning away with a huge grin while listening to Link Wray’s Rumble. And The Edge plugging in his favourite axe as he warns the camera crew, “it might get loud.”
In the US, The film received a wide release by Sony Picture Classics on August 14, 2009.

Featuring lots of found footage alongside interviews and concert film, Amy is the tale of a private, often shy girl with a huge talent and addictive nature that ultimately led to her demise. The film depicts Winehouse’s struggle with substance abuse and the effect of its profound grip on her decisions. But it’s not all doom and gloom. There are a lot of scenes dedicated to the celebration of her career and music including a number of previously unheard tracks and unseen performances.

The Monkees, The Beach Boys, Phil Spectre’s Wall of Sound. This film is where you learn (if you weren’t already aware) that most of your favourite tunes of the 1960’s were not played by the credited musicians. In fact most of these famous songs were performed in the studio by a group of expert session musicians who became known as The Wrecking Crew.

Your jaw will drop as one after another, the surviving members list off their sessions. Good Vibrations, Wichita Lineman, California Dreaming, Mr. Tambourine Man, You’ve Lost That Lovin’ Feeling, Simon and Garfunkel’s Bridge Over Troubled Water to name but a few.

And why? Because The Wrecking Crew’s ranks include a variety of guitarists, drummers, pianists and orchestral players whose combined musicianship is beyond compare. So why spend all afternoon trying to get a take from a young, fledgling guitarist or a drummer who can’t play in time? Draft in expert session players like The Wrecking Crew and get your song finished in one take!

Produced and directed by Nirvana drummer and Foo Fighter’s frontman Dave Grohl, this film documents the story of Sound City, a recording studio tucked away in the San Fernando Valley amidst rows of dilapidated warehouses and disused buildings.

The little-known recording studio housed an analogue 28 channel 8028 Neve mixing console and had a reputation for drums, giving the studio recordings a particularly punchy sound. Artists such as Nirvana, Red Hot Chilli Peppers, Fleetwood Mac, Neil Young, Tom Petty, Rage Against The Machine and Slipknot all recorded ground breaking music at the studio. The film tells the story of Sound City from its very early days in the late sixties to its closure in 2011.

A beautifully warm film by Wim Wenders documenting Ry Cooder’s ambitious undertaking to reunite a group of legendary Cuban musicians to record an album and perform three concerts. Two in Amsterdam and one in New York. The film includes interviews with each of the main performers. About their early lives in Cuba, their careers in music and the relative obscurity that followed.
There are also some wonderful scenes of the musicians (many in their 70’s and 80’s at the time of recording) traveling abroad, some for the very first time.

The film spawned a hit album of the same name which includes songs by the likes of Ibrahim Ferrer, Ruben Gonzalez, Eliades Ochoa, Compay Segundo and Omara Portuondo.

It doesn’t get much more proggy than Floyd’s 1972 film which centres around footage of them performing in an ancient Roman Amphitheatre in Pompeii, Italy. Filmed over four days, the Floyd are playing a typical live set, but there is no audience, somehow giving the film an other worldly feel, intensified by their hot and sweaty semi naked daytime performances. For gearheads it’s a great opportunity to ogle at their stacks of amps and speakers, miles of cables and classic guitars, drums and organs all being thrashed by the band to powerful effect.

Filming was dogged by technical issues. The power supply in the amphitheatre was insufficient to run the masses of equipment. So in the end a lengthy cable was fed from the local town hall to supply electricity.

With the power supply restored, the Floyd play versions of Echoes, A Saucerful of Secrets and One Of These Days mixed with interviews, rehearsals and, in later versions of the film, studio footage from the Abbey Road sessions for Dark Side Of The Moon.

The format of the show is as follows. The music, and its production, is dissected by the musicians and/or producer, playing the multitrack recordings and singling out the separate recording tracks on the mixing desk. Then the individual musicians play back pieces, which are blended with the original recording. Almost all songs on the albums are meticulously examined, focusing almost entirely on the music itself, its inspiration, composition and realisation.

Each programme highlights the emotional process involved in making music. The highs, the lows, the addictions, the obsessions. Everything is laid bare and examined in minute detail. A truly great series for all musicians interested in the process behind making music.

This 53 minute BBC documentary film depicts a post-Ziggy Bowie, emancipated and becoming addled by drug use, but remaining in control, hugely charismatic and beautifully fragile as he tours 70’s America. Languishing on the back seat of a huge limo, being hustled in and out of hotel rooms, appearing on countless TV and radio shows as the US tries to come to terms with this strange pale alien and his alluring, captivating musical paeans to the American psyche.

Drinking from a milk carton in the back of a Limo as they speed through the desert, The Thin White Duke is asked how he’s picked up on so many of the themes and culture of America during his stay. Bowie replies, “there’s a fly in my milk, a foreign body. And he’s getting a lot of milk. That’s kind of how I feel.”

Although not widely available (it still remains officially unreleased), this film is worth tracking down for all Station to Station/Young Americans period Bowie fans.

This is the incredible story of Sixto Rodriguez, a little known singer/songwriter who had gained almost mythical status in South Africa despite remaining entirely unknown in his native USA.
The film details the efforts of two Cape Town fans in the late 1990s, Stephen ‘Sugar’ Segerman and Craig Bartholomew Strydom, who set out to discover whether the rumours of his suicide were true, or if not, what had become of the singer.

The film takes many fascinating twists and turns as the super-fans uncover more and more surprising details about the singer’s life.

What’s not surprising is that the film won both a BAFTA and an Oscar for Best Documentary Feature of 2013.

All is not well in the Metallica camp. Their long term bassist Jason Newsted has quit the band and frontman James Hetfield is on the verge of a breakdown. His unwieldy ego and dark mood swings are over riding the band’s efforts to record a new album. Enter Phil Towe, a therapist and psychoanalyst drafted in by the management company (at $40,000 a month) in an attempt to reconcile the band’s differences. But things go from bad to worse and Hetfield checks in to a rehab centre to tackle his depression and alcoholism head on, delaying the recording of the album by around 18 months.

Even if you’re not a huge fan of Metallica’s music, this film is highly recommended for its candid insight into the turbulent roller coaster lifestyle of a mega rich rock group. Including a recruitment scene where new Bassist Robert Trujillo is welcomed into the band with a cheque for a million dollars!