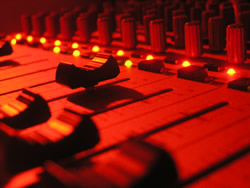 We are happy to announce that as of this week, we are officially offering a Custom made music (also known as Bespoke music) service at Shockwave-Sound.com.

Truth be told, we have sort of had this service available for a few years, but we have just dealt with it as and when the question came up from customers, without offering it, or handling it, in a concerted, organized way. Well, now we do.

The way this works is that you first discuss the basics of your project and your requirements with us here at the Shockwave-Sound office. You will listen to some music demos and describe to us what you need. We will discuss which composer / producer to use for your project. When we have got a reasonably clear picture of what you need and how much it will cost you, will will put you in direct contact with the composer, who will then be working directly with you on your project. From there on, you will discuss the project directly with the composer, via email, phone, Skype, etc. At this point, we here at the Shockwave-Sound office will not be involved with every detail of the project. Only when the project is fully finished to everybody’s satisfaction, you and the composer will check back with us here at the Shockwave-Sound office, to let us know that the project was completed.

We are in the privileged position that we are able to work with many different composers and producers from all over the world, with different backgrounds, different specialities and skill sets. What they all have in common is that they impressed us sufficiently to start working with them in the first place! (We accept only about 1 in 50 composers who apply to have their music sold via our site). 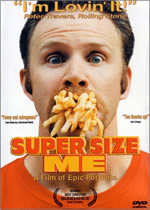 Choosing the right music for a Documentary

Now that there is a huge variety of mood music available, choosing the soundtrack to your documentary video project can present some exciting opportunities. This article gives some tips & guidance on how to use music to add vibrancy and impact to your production and still bring it in on budget.

How do the experts do it?

Many of the high end filmmakers understand just how important good music is when it comes to adding expression & symbolism to their documentaries. Liberal commentator Michael Moore has produced 4 of the highest grossing documentaries of all time and his style has become a benchmark of modern filmmaking. Music choices often include popular songs alongside effectively chosen extracts from movie scores.

Often the music will be used to bring new energy to the programme, shifting gear from a whimsical piano aria to pounding Thrash Metal. Or a 1930’s Music Hall ditty to a Danny Elfman-style fairytale theme. Each of these styles & genres has something new to add enhancing the narrative in a number of different ways.

The BBC is World renowned for its documentaries covering a vast range of subjects from science, politics and nature to sport, travel and the arts. Their series such as ‘Imagine’, ‘Horizon’ and ‘Blue Planet’ often employ bespoke composers who produce sync music in a variety of moods that perfectly integrates with the visual presentation. Huge orchestration may be used for wide dynamic establishing shots and intimate arrangements for thoughtful pensive moments. The BBC can guarantee large returns from foreign placement and can afford to budget accordingly to secure some of the top composers who may be under contract to produce whole series of documentaries. Or who in some cases will demand large fees for original composition.

On the big screen, other successful documentaries including ‘Jesus Camp’, ‘Grizzly Man’, ‘Enron: the smartest guys in the room’ and Morgan Spurlock’s ‘Supersize Me’, all utilise a menagerie of music genres to create a rich tapestry of sound that drives the narrative and helps lead to a deeper understanding of the subject matter.

However, these music beds are covered by copyright or are very expensive to produce. So where does this leave the amateur or semi-pro filmmaker who makes documentary style programming with little or no budget for the music? Well, there are a number of alternative solutions available to published works and bespoke composers that will get great results, but not end up costing the Earth.

Let the music tell the story

First of all, let’s be clear about the role of music in documentary filmmaking.

Essentially its primary role is storytelling. Driving the narrative along through a variety of moods. Scene setting. Building bridges between interviews, stock footage or animated sequences. In fact, for the majority of the programme, the music is playing a secondary role to the voice over. Only taking centre stage for brief moments before the voice returns to the forefront.

Therefore it’s important that your music creates the required mood within around 4 to 8 bars (perhaps 8 to 10 seconds) as the scene is set and the narrative prepares for the change of pace. This is not necessarily the first 4 bars of the composition. You may choose to use a section from another part of the tune when the instrumentation has built in pitch or reached a crescendo. Therefore it’s always good to listen through a track you think may be suitable to make sure you are utilising it to its full potential.

Make sure it has room to breathe

Of course, because it will often be playing under the voice it is good to choose music that suits this role. Certain instruments include frequencies that clash with the human voice whereas others enhance it. A lead instrument often jars with speech whereas rhythmic passages with no lead instrumentation will flow along with it. Make sure when the music is added there is still plenty of space in the sonic spectrum for the voice frequencies and any other sound design you may be incorporating.

Scene setting is a hugely important task for music. An arid desert looks 10 times as hot and dry if it is accompanied by a sinuous slide guitar or a remote wailing Harmonica. Night time City Streets may benefit from the hustling shuffle of an Urban bass loop. Whereas sporting action will look rougher & tougher with the addition of distorted guitars & driving, thrashing drumbeats.

Then of course, these ideas are just acceptable triggers and shortcuts and sometimes, the complete opposite may be more appropriate for what you need to convey…

Play around with the rules

In fact, creating a paradox with the music can be an extremely effective device.

An argument between a car owner and traffic warden is accompanied by cartoon-like orchestration, immediately removing any threat. A teenager tidying his unkempt room could be recorded in fast motion and accompanied with Ragtime music. A politician who has lost his way whilst attempting to justify an unfair policy becomes ludicrous if he’s fumbling & stumbling over a backing track of a forlorn tuba or trombone.

These humorous juxtapositions rely on a shared knowledge of musical triggers between the filmmaker and his audience and can add exciting contradictions to a variety of scenes.

Choose from a variety of styles

What styles & genres to use relies heavily on subject matter. Travel shows may cherry pick their soundtracks from the indigenous music of the country in question. Established art may use classical music and modern art may have a more experimental approach.

Then, of course there are examples of when directors have chosen to bend these guidelines in search of new and evocative ways of filmmaking. In the documentary ‘Web 3.0’ whose subject matter is firmly set in the science & technology genre, we hear an accompaniment of Eastern European folk music complete with accordions and violins. Somehow it fits perfectly with imagery of state of the art internet environments & row after row of giant air-cooled servers. Just by the very nature of being its polar opposite.

The documentary ‘Bush Family Fortunes’ also utilises a variety of styles and genres. From the opening scene’s ‘Dallas’ theme music, to Hip Hop, laid back jazz, Soul, Gospel & Blues. Not styles that you would associate with former president George Bush, but each enhancing the narrative. Each playing a particular role & bringing the truth of the storytelling to the forefront.

Using published music and recognised songs is not a feasible option for amateur & semi-pro film making, as this can prove to be hideously expensive and extremely time consuming to administer. It’s a subject that has been addressed before in these other articles ‘Cue the Music’ and ‘Choosing Music for a Short Film’. Although collection agencies, publishers and artists are beginning to sort out the issues involved, it is still best to steer clear of published music.

So what can we use in place of recognisable songs? How can we tap in to the collective consciousness of our audience without playing them Lady Gaga, Led Zeppelin or Coldplay?

Thankfully these days there are plenty of alternatives to using copyrighted music.

Many buyout music sites offer royalty free alternatives and sound-alikes that offer a similar evocative feel to famous well known songs and instrumentation. But sometimes the choice can be over whelming. To help decide on what to use, in the privacy of your studio, you could try using a temporary track by a well known artist. Check whether it works well with the visuals and then remove it. Next, use some advanced search terms on a buyout music site to find something royalty free that has a similar feel & groove.

As an example, let’s say your temp track is a feelgood uptempo Motown song which has been used to illustrate action footage of a volleyball event at a beach resort. In this case, using an advance search engine you could enter searches such as ‘feelgood / happy / joyful / positive / R’n’B / Pop’ and prominent instruments like ‘vocals/songs with lyrics/drums/guitars’.

At Shockwave-Sound.Com, these focused search terms may lead you to a long list of tracks including the likes of Dan Gautreau’s ‘Shake it’. This track would be a perfect feelgood, uptempo alternative to your Motown original. So with these intelligent advanced search options it’s now becoming ever easier to find viable alternative music that will perfectly convey the essence of your original temp tracks.

Current trends show that the marriage of music and visuals has never been more exciting. The excellent ‘Exit through the Gift Shop’ documentary by recluse graffiti artist, Banksy utilises a hugely diverse number of tracks from underground dubstep & new wave punk to Latin jazz & French café music. All providing their own unique qualities without interfering with the storytelling process. Other documentaries with interesting innovative soundtracks include ‘Capturing the Friedmans’, ‘Man on Wire’ and ‘Spellbound’.

All these examples show that choosing the right music and soundbeds for your documentary project can be extremely satisfying and an enjoyable part of the film making process.

I hope in some way that this article inspires your choices, fires your imagination and offers one or two tips and a little guidance towards making the job a little easier in the future. Fingers crossed that your musical choices will help put you on the way to producing a smash hit, award winning documentary in years to come!