I would like to introduce you to some curiosities from the world of game music, but before we start, just a few words about the beginnings of game music.

The first composers started by creating partitures using Midi sequencers, like Protracker. Probably the most famous composer, and also the pioneer of game music is Tommy Tallarico. He created his first MIDI soundtrack (completely free) for Prince of Persia when he was 21 (in 1991, shortly after moving to California).

It’s hard to believe, that Tommy Tallarico would start from such a small project and finish in the Guiness Book of Records in 2009 as the creator of soundtracks for 266 games. Tommy Tallarico is also a founder of the worldwide festival Video Games Live (you can find more of his work on Video Games Live Official Web Site and also on his own homepage).

All your Score are Belong to us

There is a Polish accent featured in Command & Conquer: Red Alert. It’s a sample voice – “Nie, Nie, Nie” (which means “No, no, no”) included in “The Mud Remix” tune. This was Frank Klepacki alluding to his origins – he has Polish roots. Frank Klepacki is a pioneer of interspersing movie quotes into game music.

Another example is a quote from the movie “Broken Arrow”-“Real nightmare”, appearing in the “Blow it up” track from Red Alert 2. In “Hell March 3” you can hear a German soldier saying “Die Waffen – liegt an” which means “The weapons, at ready”.

From the Home Studio… 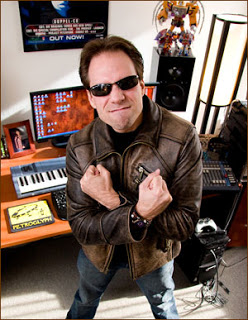 You can hear a lot of japanese instruments while playing Red Alert 3. My first impression, when I was listening to these pieces which invoke the images of the Land of the Rising Sun, was fantastic. I was convinced that James Hannigan had had to employ a japanese choir of several dozen voices. Yet, the vocals used in “The might of the Empire” were recorded by only one person, but multiplied to create the impression of a female choir. Japanese phrases were sung by Miriam Stockley, better known for the song “Adiemus” 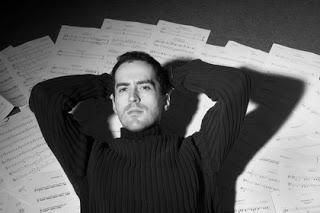 Creating the soundtrack for Red Alert 3 was divided into symphonic records (including sinthesizer tracks) and recordings of virtual instruments. However, before the pieces were put together as a soundtrack the musicians had to prepare samples of the music using notation or virtual instruments’ audio tracks. Than the notation was checked by a conductor working for Skywalker Studio, which then takes us to… 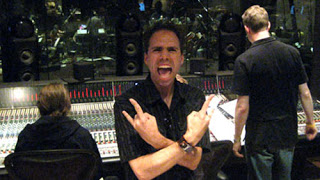 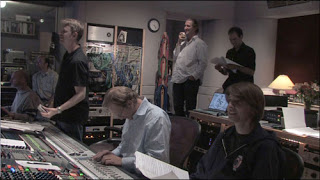 Mark Morgan, when he created the soundtrack for Fallout 1, used voices
from the movie “Dr Strangelove”.

In “Second Chance” you can hear a quote of Major Mandrake
a few times – “Certainly, General.Why do you ask, sir?” 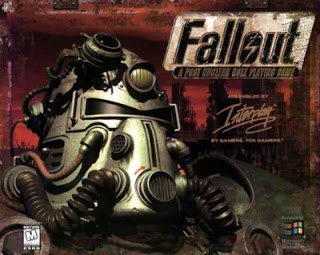 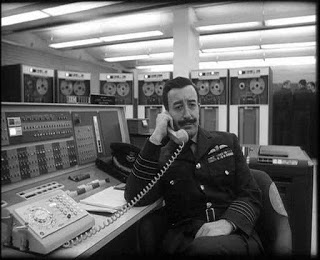 What’s even more interesting, you can hear the influence of Aphex Twin (Richard David James) all over the soundtrack. In one of the interviews, Mark revealed that he received an Aphex Twin CD from Black Isle as a guideline.

To be honest, it’s hard for me to start recording a new tune when silence surrounds me, so first, before I start inventing a new melody, I listen to one of my earlier records, which I personally consider a good track. It puts me in an appropriate state of mind. Then I make a choice from a wide selection of instruments, that will be fundamental in my music, and of course I decide about the melody itself (you can even record solo tracks, then mix instrument by instrument). I’ve even created a whole piece beginning the recording from the end.

Writing the music for an image or story

A good musician should be able to create the main theme for a game knowing only its title and genre (knowing the story and concept arts is helpful, but one can do without them). While working on a strategy game about War on the Pacific, I would draw inspiration from movie shots and photos of battles (Russians fighting Japanese, Chinese – Japanese, Japanese – American and so on). Creating the music for “Storm over the Pacific” took me a few months, during which I learned a lot, because until then I had never recorded an entire soundtrack for a WWII game (Creating something brand new is a challenge).

When listening to a song with false notes, you can feel uncomfortable. Hans Zimmer called it sumbliminal messaging that appears in one’s throat. On the other hand, I call it a signal received by the ears and brain as an in-balance in the envirnoment (hence the unpleasant feeling in my mind while listening to discordant tune).

Sometimes, when I’m having doubts about the selection of a new instrument for my song or after finishing a compliation, it is time for some mastering. I save the song as a new file with a number documenting the progress of my work.

Let`s get back to the past for a while. One of the most popular MIDI synthesizers in the 90’s were Edirol Orchestral made by Roland. You could hear it’s sound in the following games: Resident Evil, Silent Hill, Planescape Torment, Turok 2 and Heroes 3.

At one time PC’s had a quite constant computing power and only a limited number of MIDI instruments could be implemented. Now the quality of music depends on the budget of the company creating the game, or its investor.

A higher budget is a requirement when it comes to recording music with the orchestra, but working on your partitures with live musicians gives you a quality incomparable with any synthesizer or orchestra sample libraries. Working on music may be fun, but it’s also time-consuming. The amount of the time spent by a musician ranges from 8 to 16 hours per day (including mixing and mastering). In my opinion, it’s appropriate to reward yourself for all the effort put in the work, for example with a nice meal and a brew (after work only, of course). Remember to constantly save the corrections and remember to use the autosave option. Many a time this option saved me from a serious nervous breakdown. 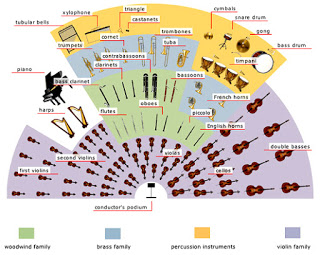 Knowing the setup of an orchestra is a minimum necessary musical knowledge. A good understanding of it will be necessary for you to “seriously” engage in recording (knowledge of instrument articulation will be a must soon). The setup of the orchestra plays a role in routing instrument channels (left, center and right). The only exception is the position of the piano.

The first violins play legato (slow) and second violins play staccato (fast). This also applies to the sections of contrabasses, cellos, and wind and percussion instruments.

Do not be afraid to delete already recorded notes that do not fit. If you are worried about your creativity, just move them to the end of your track as backups. I once extracted 3 songs from one project. Why so much? It was simply because I moved unused melodies beyond my track, to use them subsequently in other recordings (when working on a 60 minute soundtrack, every good idea lost means delays in your work, and you can’t let that happen). After an hour or so, save your project and take a break, then listen to it once again. A good method is to write it to your mp3 player, phone or external drive and play it outside the studio (or wherever you are working).

While recording, avoid music of the type you create. If you’re working on a symphonic tune, it is better for you to listen to fast Dance or Disco, rather then symphonic music. Immerse yourself in imagination, let yourself be creative. If you take too much inspiration from some track, you can be accused of plagiarism.

Another method is recording the track on the fly, with nobreaks for silence. Revising notes, mixing or mastering while listening to the track will help you finish the project quicker. So do not waste your own time for making breaks, turn it on and fix it. It is natural to take notes when you create or enhance the mastering. Personally I use special laminated paper (some sort of whiteboard), since searching for a particular piece of content and throwing away A4 pages takes too much time. You can also color-code good notes or fragments. 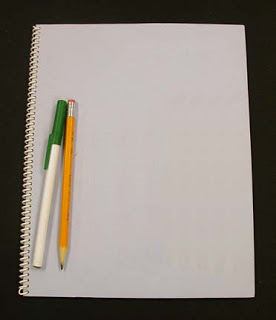 If you have no inspiration for finishing the current track, work on another one (within a week of work you can create a few recordings without getting bored and losing the energy to complete the tune).

Do not send samples of your work to anyone before finishing it, and never rely on opinions of other people – it is You who started the base of it in your mind. Also, do not ask “what to do” – just use your imagination! If you are away from your instrument, for example at work or school, go further even in thoughts – think it over, what to change, what sounds are needed to be added, what emotions the next track should evoke. Try to put as many different sounds as you can into your track. To be honest, that is one of the things which make professional Hollywood composers special.

And Now Some Tips from Mix and Mastering

Work on studio speakers only, because they sound best (even compared to headphones). Listen to your music in Wavelab looking at a working Spectrum Analyzer and Level Meters. Remember, that the volume of the track and frequencies can’t exceed 0 db. Do not listen to the radio! It usually emits high trebles (this makes the songs more catchy). There is nothing worse than to start mastering a track, with a distracting Macarena or Chiuhuahua song in your mind. It’s best to listen to your music at low volume because then you can catch the most mistakes. You can catch more bad sounds when the music isn’t too loud.

You may also want to read part 2 of this article.